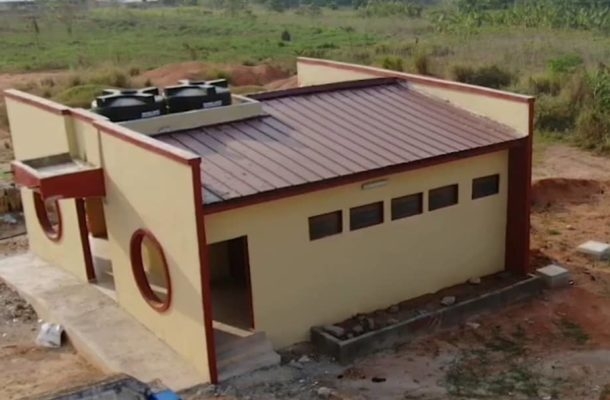 Residents of Ampabame No.1 in the Atwima Kwanwoma District of the Ashanti Region have abandoned a newly-constructed public KVIP facility and rather defecate openly in the community over fears of being killed by a river deity.

The facility was under construction when the shrine was moved to its current location – close to the KVIP.

Speaking to Class91.3FM’s Ashanti regional correspondent Elisha Adarkwah, the Assemblymember for the area, Mr Michael Ofosuhene, explained: “That’s an old town and, so, there are no toilet facilities in the various houses”.

“So, the chief was trying to construct a KVIP for them to avoid defecating in plastics and discarding them in the open. He also supported the construction of the KVIP with funds but since it was constructed and commissioned, the people claim there’s a deity there”.

“According to them, the deity is demanding some rituals to be performed else they cannot use the KVIP.”

He further disclosed that despite the rituals performed by the traditional authorities to enable the residents of the community to use the KVIP, they prefer to engage in open defecation instead.

“The fetish priest in charge also revealed that he heard from his family home that the deity is demanding for 5 human beings for rituals,” Mr Ofosuhene noted.

He added that there has been a series of stakeholder engagements and public education to sensitise residents on the use of the facility but they have declined to use the KVIP.