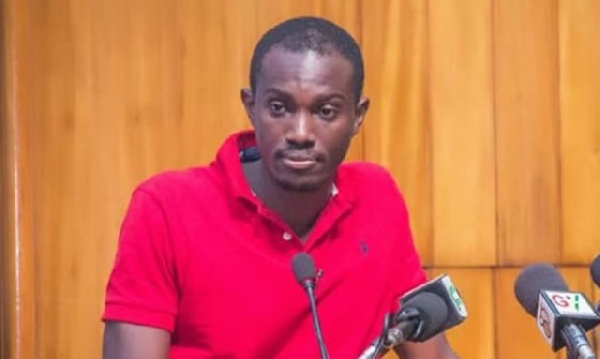 The leader of the Economic Fighters League, Mr Ernesto Yeboah, has said it is shameful the manner in which Auditor-General Daniel Domelevo was asked to proceed on leave by President Nana Akufo-Addo.

According to Mr Yeboah, the President’s action smacks of intimidation.

In a statement, Mr Yeboah said: "We have noted with great concern the decision by the President of Ghana, Nana Addo Dankwa Akufo-Addo, to ask the Auditor-General, Mr Daniel Domelevo to proceed on leave. This is against the background that previous public servants have been effectively removed from office under the pretext of asking them to proceed on leave”.

"The Auditor-General, Mr Daniel Yaw Domelevo, is a Ghanaian who has proved his dedication to protect the public purse of Ghana for its citizens. Mr Domelevo has proven himself to be a protector of the Ghanaian purse which has suffered largely due to corrupt practices from the regime.

"Since his appointment, he has surcharged hundreds of unscrupulous Ghanaians and recovered millions of stolen money for the State. Due to Mr Domelevo's unrelenting pursuit of corrupt officials including those of the current government, there have been attempts to gag and intimidate him. We will not forget the undue interference by the Board of the Audit Service in the work of the Auditor-General, the frivolous investigation by the BNI, the public attacks by pro-government media and other groups.

"Asking Mr Domelevo to go on leave can only be interpreted as the latest act by the government to prevent him from doing the job of protecting the purse of Ghanaians, since government has proven to be ineffective, uninterested or both the above, in the fight against corruption”.

"We call on all well-meaning Ghanaians to speak up and defend the Auditor-General as the last bastion of dignity in public service. We will like to reiterate our support to him and encourage him to be steadfast and not be deterred by these shameless acts of intimidation calculated to derail his work or to hound him out of office altogether."

A statement released by the office of the President and signed by the Director of Communication, Mr Eugene Arhin, on Monday, 29 June 2020, said: “The President’s decision to direct Mr Domelevo to take his accumulated annual leave is based on Sections 20(1) and Labour Act, 2003 (Act 651), which apply to all workers including public officeholders such as the Auditor-General.”

Per the Act, “a worker is entitled to annual leave with full pay, in a calendar year of continuous service which cannot be relinquished or forgone by the worker or the employer”.

However, since Mr Domelevo’s “appointment as Auditor-General on 30 December 2016, Mr Domelevo has taken only nine working days of his accumulated annual leave of 132 working days.”

The statement made reference to 9 April 2009, when the third President of the 4th Republic, Prof John Evans Atta Mills, directed the then-Auditor-General, Mr Edward Duah Agyeman, to take his accumulated annual leave of approximately 264 working days.

It further continued: “President Akufo-Addo paid attention to the precedent in directing the Auditor-General to take his accumulated annual leave of 123 working days”.

Mr Domelevo “has been further directed to hand over all matters relating to his office to Mr Johnson Akuamoah Asiedu, the Deputy Auditor-General to act as Auditor-General” until his return.