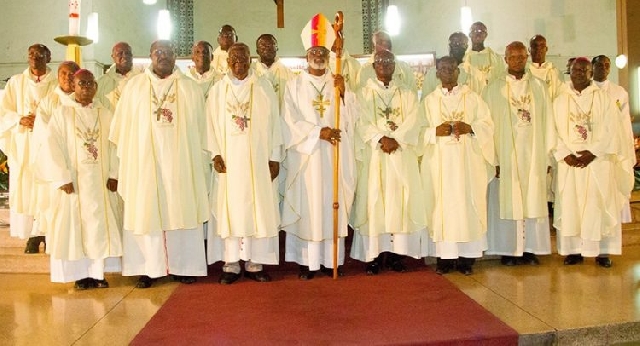 The Ghana Catholic Bishops’ Conference (GCBC) says it is “disgusted” at the shooting incident in Ejura that led to the death of two young men, Murtala Mohammed and Abdul Yusif, both 25, during a demonstration to demand justice for the murder of Ibrahim Mohammed aka Kaaka, a social media activist by a mob.

The Catholic Bishops said they have expressed time and again, the need for the security agencies to be very professional in the discharge of their duties, especially when it comes to crowd control but the situation is rather getting out of hand and it does not auger well for the country.

The Catholic Bishops said soldiers aiming and shooting at unprotected and unarmed civilians is not only condemnable but criminal and must be investigated and the perpetrators punished.

“This must be done with the urgency it deserves because citizens are gradually losing trust in the ability of our security agencies to handle such cases effectively and competently,” the Bishops said in a statement.

The Bishops have, however, appealed to all agitated youth across the country particularly those of Ejura to restrain themselves from engaging in acts that can result in social unrest. 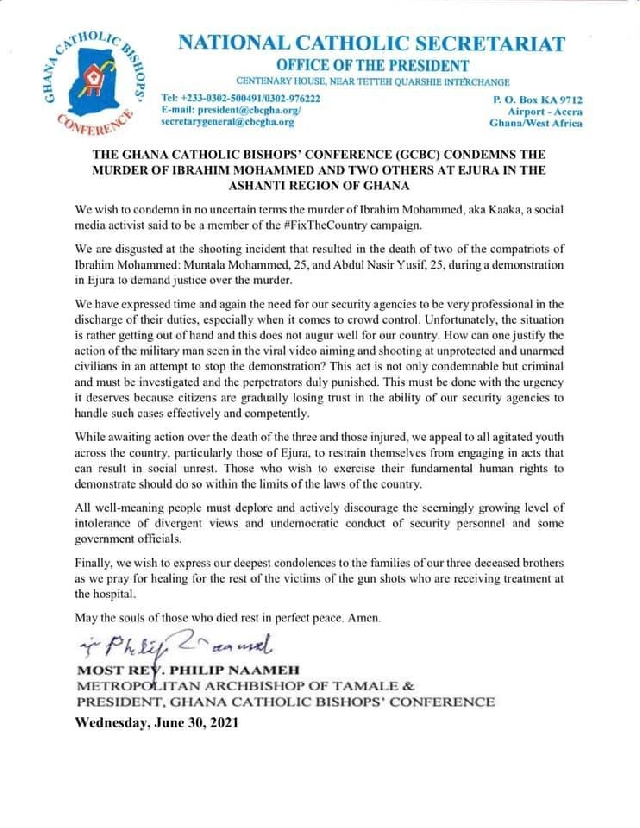