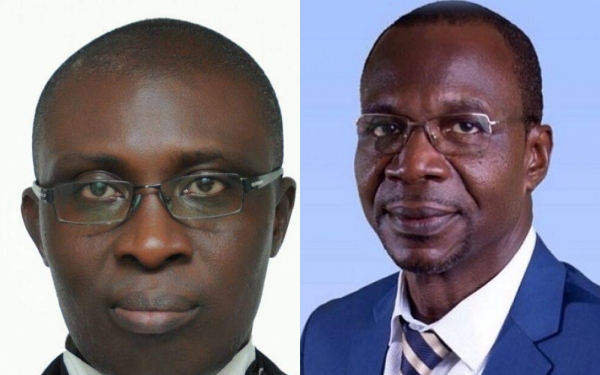 The General Secretary of the Ghana Journalists Association (GJA) General Secretary, Mr Kofi Yeboah, has disagreed with the group’s president, Mr Affail Monney, for saying Citi FM Journalist Caleb Kudah breached the organisation’s code of ethics when he secretly filmed some grounded MASLOC cars parked within the premises of the National Security Ministry.

“Caleb Kudah did not violate any journalism ethics in filming at a national security facility”, Mr Yeboah posted on Facebook.

He explained: “Insofar as the public/national interest was at stake (as evidenced in his narrative) he was firmly within the bounds of journalism ethics, including Article 13 of the GJA code of ethics”.

Mr Yeboah noted that the “nebulous identity of national security cannot, and should not, be allowed to strip the media of its cardinal constitutional mandate under Article 162(5): ‘All agencies of the mass media shall, at all times, be free to uphold the principles, provisions and objectives of this Constitution, and SHALL uphold the responsibility and accountability of the Government to the people of Ghana’”. 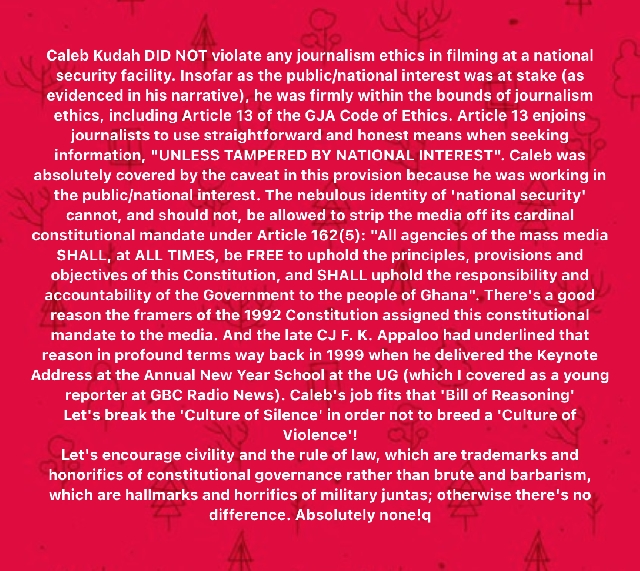