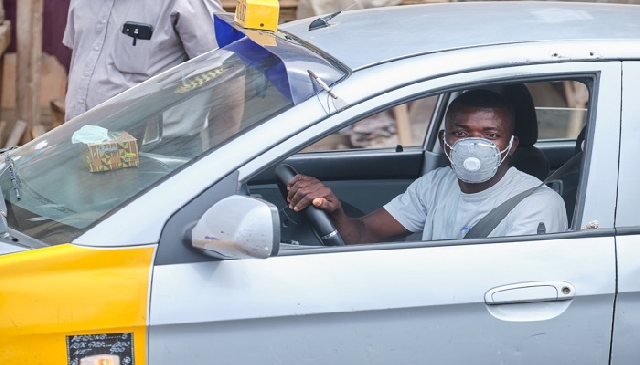 The Ghana Committed Drivers Association (GCDA) has expressed its disagreement with the increase in fees and charges by the Driver & Vehicle Licensing Authority (DVLA) on all services effective Monday, 3 October 2022.

The association is calling on all drivers and the public to support its call to stop the DVLA from increasing its fees and charges.

GCDA, in a statement, said the increase is unacceptable considering the economic hardship “we find ourselves as a nation.”

“For a very long time now, when our members go to DVLA for licensing, they are not issued with learner license even though DVLA takes money for it. Is that to say they are only interested in the money”? they quizzed.

Again, they said the DVLA barely a month ago outsourced the eye testing of drivers, which has resulted in the increase of the eye test fee from GHS5 to GHS70.

The statement noted that although the DVLA goes to churches, marketplaces, and lorry stations to render their services which is a good thing to do, the money seems to be their focus and they must look at it again.

Instead, the drivers say the Authority should rather pay attention to delivering on their mandate and serving their customers well and not focus on the money.

They alleged that some drivers have not had their driving licences printed for more than a year.

"Some even paid for premium service but have to still pay extra to get their license card on time. We cannot continue like this as a nation, DVLA must come again.”

The GCDA reiterated that the increase is unacceptable adding that the poor service rendered by DVLA does not warrant an increase in fees and charges.

They said they will do all in their power to prevent “this unacceptable increase.” 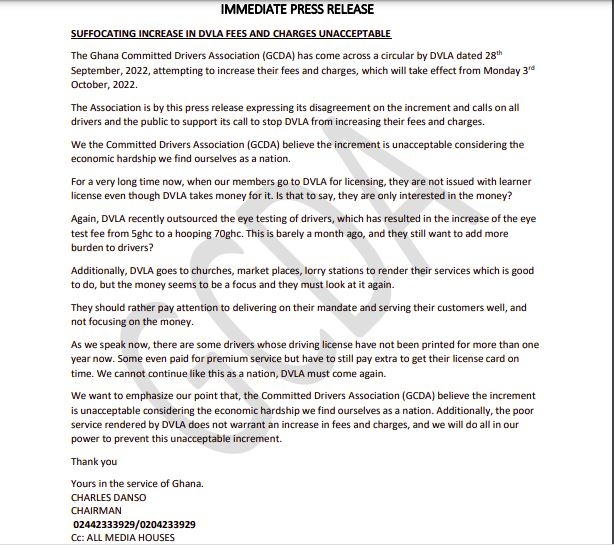