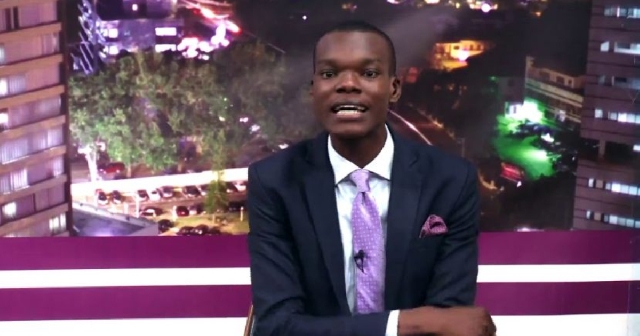 OneGhana Movement, a civil society organisation, has condemned the ‘barbaric’ arrest and alleged manhandling of Caleb Kudah, a journalist with CITI FM, CITI TV by operatives from the National Security Ministry.

The movement has joined calls by other well-meaning organisations for an independent body to be set up by the government to investigate the issue as a matter of urgency.

Mr Kudah was arrested in the act of filming some abandoned state-acquired vehicles in the premises of the National Security Ministry a few days ago.

A few days ago, the Ministry of National Security issued a statement signed by Chief Director Lt. Col. Ababio Serebour (rtd), saying it “takes, with all seriousness, the allegations of manhandling” made by Mr Kudah and Ms Abu-Baidoo during their interrogation by operatives of the outfit for taking videos of a no-photography zone.

“The Ministry has, therefore, initiated investigations into the said allegations”, the statement said.

But OneGhana Movement, in a statement, said President Nana Addo Dankwa Akufo-Addo, “who has oversight [responsibility] of the intelligence agencies, must immediately constitute a panel of eminent persons for a public inquiry opened to all who have ever encountered such treatment constantly reported in the media and by lawyers to testify.”

“This ought to be extended to cover similar complaints of torture and unlawful treatment of suspects by the BNI (now NIB). The President must undertake at the outset to accept and implement this commission’s report within three months of submission of same without varying the recommendations that will be made.”

Below is the full statement from OneGhana movement:

It has come to the attention of ONEGHANA® MOVEMENT that Caleb Kudah, a journalist with Citi FM and Citi TV, was brutalized by officers at the National Security Ministry in the pursuit of his journalistic duty.

We have also learnt with dismay, the raid on the premises of Citi FM/Citi TV by national security operatives in the bid to seize another journalist, Mrs. Zoe Abu-Baidoo Addo on Tuesday, May 11, 2021.

We have subsequently been informed of the investigations initiated into the matter by the National Security Ministry.

ONEGHANA MOVEMENT calls for the announced investigations by the Ministry of National Security to be aborted.

We condemn the barbaric acts and join calls by other well-meaning organizations for an independent body to be set up by government to investigate this issue as a matter of urgency.

The action of the National Security operatives amounted to an illegality and a breach of the constitution (1992), which guarantees the fundamental human rights of ALL PERSONS. First of all, Article 14(1) provides that every person shall be entitled to his personal liberty and no person shall be deprived of his personal liberty except in accordance with procedure permitted by law.

Secondly, Article 14(2) provides that a person who is arrested, restricted or detained shall be informed immediately in a language that he understands, of the reason for his arrest, restriction or detention and of his right to a lawyer of his choice. Thirdly, Article 15(1) provides that the dignity of all persons shall be inviolable. Furthermore, Article (2) provides that no person shall, whether or not he is arrested, restricted or detained be subjected to torture or cruel, inhuman or degrading treatment or punishment.

Lastly, Article 19 (5) provides that a person shall not be charged with or held to be guilty of a criminal offence which is found on an act or omission, that did not at the time it took place constitute an offence.

It is our considered opinion that the press statement issued by the National Security Ministry (NSM) does not reveal whether Mr. Kudah was informed of the crime for his arrest; at the time of arrest and indeed till date, the NSM has not been able to point to any specific offence in the laws of Ghana.

The statement indicates that Mr. Kudah entered the premises by false pretense. We are sorry to state that this “purported” offence of “false pretense” is not known under the Criminal Offences Act, 1960 (Act 29) neither does “no taking of photographs”’ constitute any offence under the law. All persons including state institutions are subject to the rule of law. If the National Security operatives were of the view that Mr. Kudah had violated any law, what they should have done was to follow due process

It is also worrying to note that the National Security is almost operating a “Police Service”. The National Security Ministry is not a police service, it is an intelligence agency and should operate as such. Article 200 (2) provides that no person or authority shall raise any police service except by or under the authority of an act of Parliament.

The modus operandi of the Nationality Security, as it is now, amounts to usurpation of the powers of the IGP and a breach of the constitution of Ghana. Indeed, similar findings were made against the National Security in the Ayawaso West Commission Report where the Commission recommended among others that the SWAT team be disbanded.

These recommendations, till date have been ignored. We recall that when Mr. Emmanuel Ajafor a journalist with Modern Ghana was arrested by National Security operatives in a similar incident, the National Security Authority issued a press statement in which they promised to investigate the matter, but nothing came out of it. We join calls for a probe but believe that such must be holistic and for lasting reform.

The President, who has oversight of the intelligence agencies must immediately constitute a panel of eminent persons for a public inquiry opened to all who have ever encountered such treatment constantly reported in the media and by lawyers to testify. This ought to be extended to cover similar complaints of torture and unlawful treatment of suspects by the BNI (now NIB). The President must undertake at the outset to accept and implement this commission’s report within three months of submission of same without varying the recommendations that will be made.