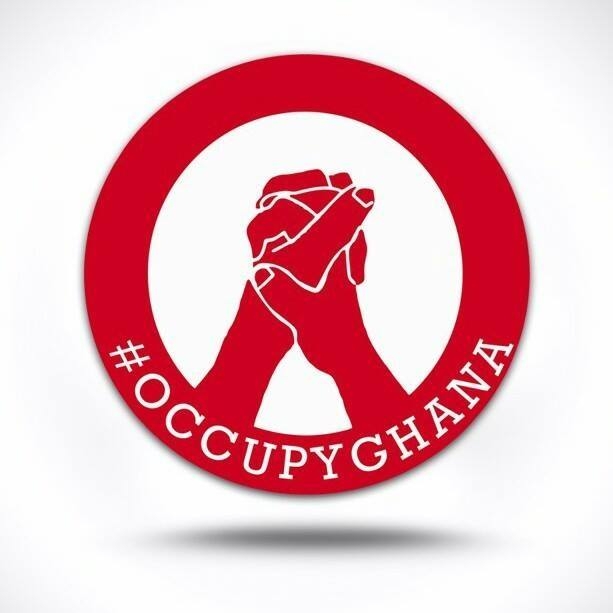 Pressure group OccupyGhana has described the alleged manhandling of Citi FM journalist Caleb Kudah by some national security operatives as “a bestial culture of impunity, an animalistic disregard for basic human rights and a demonic manifestation of tendencies that have no place even in a holocaust camp.”

According to OccupyGhana, it is “appalled and disgusted” and if the allegation is proven true by an independent body, they want the perpetrators charged with attempted murder, tried, convicted and jailed.

This comes on the back of claims by Mr Kudah that he was slapped repeatedly by the national security operatives who arrested him on Tuesday, 11 May 2021 at the premises of the Ministry of National Security for secretly recording some alleged abandoned cars within the MASLOC yard.

The Ministry of National Security issued a statement signed by Chief Director Lt. Col. Ababio Serebour (rtd), saying it “takes, with all seriousness, the allegations of manhandling” made by Mr Kudah and Zoe Abu-Baidoo during their interrogation by operatives of the outfit for taking videos of a no-photography zone.

Reacting to these development, OccupyGhana, in its statement, further noted: “We have no faith that the National Security Ministry can provide a satisfactory investigation into the damning allegations and, therefore, would like to advise government to set up an independent body of inquiry into the matter.”

Below is the full OG statement:

OccupyGhana®️ has taken notice of the allegations of assault by National Security operatives on a journalist of Citi FM and Citi TV, Mr Caleb Kudah. News reports and the victim’s testimony allege extra-judicial punishment from National Security operatives including slaps from behind, kicks from booted feet to his groin, molestation and brutalisation of his person while he was handcuffed and could not defend himself.

We have also seen footage alleging a raid of Citi FM’s and Citi TV’s premises by operatives purported to be from the National Security Ministry, to pick up another journalist, Zoe Abu-Baidoo who details how she was ordered to delete photos and videos on her own phone under intimidation by a person identified by both journalists as a Lt-Col Agyeman and an accomplice such as one Chief Inspector Ampadu.

We also take notice that the female journalist was not harmed physically, but the gentleman was “worked over” by the operatives for more than five hours. In no case, we further notice, was any lawyer present for either journalist.

We have also seen a letter purported to originate from the National Security Ministry and signed by its Chief Director Lt-Col Ababio Serebour (Rtd) indicating the Ministry’s awareness of the allegations and rather unhelpfully claiming without any timelines that disrespects the intelligence of Ghanaians, the Ministry’s willingness to investigate the allegations and revert. We also notice the nonchalance in verbiage and the non-subtle attempt of the Chief Director of the Ministry to brand the serious allegations and the Guantanamo Bay-styled assaults as “interrogation” that clearly did not respect the right of the person to a lawyer.

It goes without saying that we in OccupyGhana©️ are troubled by these developments, and it is with an iron will that we maintain civil language towards the National Security Ministry in issuing his press release. These allegations, in their very nature, have no place in a civilised democracy, a 29-year-old democratic experiment, and under a republican constitution that touts the rule of law. The allegations outline a bestial culture of impunity, an animalistic disregard for basic human rights and a demonic manifestation of tendencies that have no place even in a holocaust camp. We are appalled and disgusted, and when proven true by an independent body, we demand that the perpetrators so named be charged with nothing less than the crime of attempted murder, tried, convicted, jailed and dismissed from the employment of the government without any benefits.

Consequently, we ask the following questions:

1. Was Mr. Caleb Kudah, at any point during his accosting by the National Security operatives, informed of what specific Ghanaian law he had breached by his mobile phone documentation of the issue or object that had piqued his journalistic interest?

2. Was the journalist read his rights at any point during Lt-Col Serebour’s (Rtd) description of an interrogation?

3. Under what law did National Security operatives coerce both journalists into deleting materials on their personal mobile telephony devices?

4. The Chief Director of the Ministry of National Security alluded to some “No Photography” rules at restricted security zones. Can he be kind enough to refer us to what law his description of such rules is grounded in?

We have no faith that the National Security Ministry can provide a satisfactory investigation into the damning allegations and therefore would like to advise Government to set up an independent body of inquiry into the matter.

The allegations of brutalities against journalists are not new, but we are disturbed that the assaults on members of the media keep getting bolder and bolder, and the impunity is assuming hellish proportions. This must stop immediately. If this is what happens to journalists, then we shudder to think of what is happening to other voiceless Ghanaians in the quiet at the hands of security operatives.

Even more concerning for us is the knowledge that Mr Kudah was documenting vehicles acquired by the government and for which it had been claimed, had been disposed of and not left to rot as at least two investigative journalists had uncovered over the past two or so years. If that was the case, then his cause was just. That his quest to hold government accountable for tax-payer expenses resulted in his alleged brutalisation sickens us immeasurably. Once independent investigations confirm this terrible maltreatment of Mr Kudah, the government must understand the depths of our disgust with its press freedom credentials if any of the perpetrators of these heinous allegations are not made to face the full rigours of the law.

Yours, for God and Country