Justice for Kaaka must be swift, non-negotiable – Ablakwa 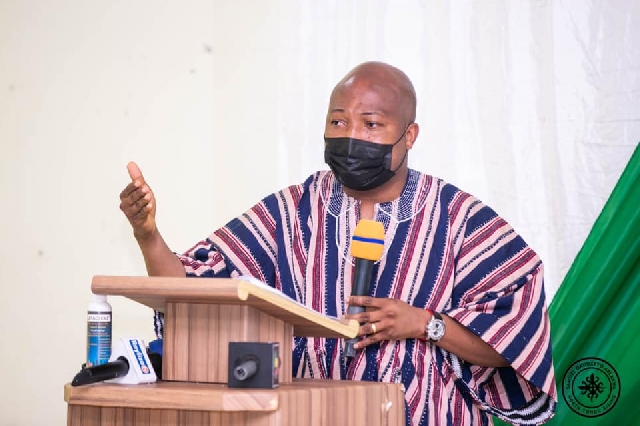 The Member of Parliament for North Tongu, Mr Samuel Okudzeto Ablakwa, has condemned what he describes as the “mindless killing” of #FixTheCountry activist and member of the Economic Fighters League, Ibrahim “Kaaka” Mohammed.

Mr Ablakwa, in a statement to mourn the late Kaaka, said a culture of impunity and murderous intolerance cannot be allowed a foothold in the country.

He said “justice for Kaaka must be swift and non-negotiable.”

“Even though Ghana let him down, may Allah forgive him his sins and grant his soul Jannatul Firdaus,” Mr Ablakwa added.

Kaaka, 45, a resident of Dagombaline at Ejura was ambushed in front of his house when he was returning home on his motorbike at about 1:30 pm on Saturday, 27 June 2021.

He was rushed to the Ejura Government Hospital but was later referred to the Komfo Anokye Teaching Hospital where he died while on admission on Sunday, 28 June 2021.

The Ashanti regional police command has arrested two suspects in connection with his murder.

The police has commenced investigations to ascertain whether the murder was linked to his work as a journalist or the #FixTheCountry movement.