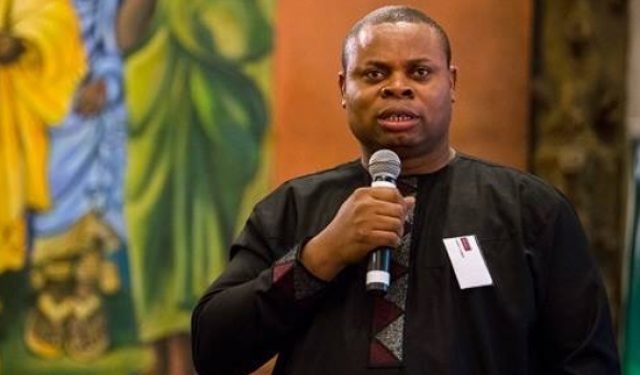 Mr Franklyn Cudjoe, President of Imani, has noted that the arguments mounted by the Attorney General in the case involving the National Democratic Congress (NDC) and the Electoral Commission (EC) on the compilation of a new register of voters, were porous.

“When we see and hear porous arguments like Deputy AG Godfred Dame's totally incoherent views on demographics and the ‘bloatedness’ of the voters' register, regardless of where he makes them, we shall respond as is our democratic right and constitutional duty as citizens and activists,” he said in a statement after the Supreme Court dismissed a joint request by Imani and three other think tank to be part of the case.

“As you may by now have heard, we proceeded to court to argue that the issues in the current proceedings related to the EC's decisions and conduct are not purely legal in nature. In many ways, the law is very clear: only Ghanaians can vote, and every effort should be made to ensure that every Ghanaian of sound mind and above 18 years of age be allowed to vote. It is the public administration and public policy questions of how to achieve that which are in mired in dispute”, he said.

“Some of the issues are also technological, fiscal and related to information security. Focusing purely on legal arguments, in our respectful view, would fail to serve justice and the broader public interest”, Mr Cudjoe added.

Consequently, he noted, “we asked for permission from the court to present a brief that carefully links analyses about demographics, security logic, civil identification, fiscal prudence and how they all serve to weaken the discretion the EC has, in choosing to accept and discard some identity documents. The court refused because it said our views are publicly known and that they don't see what new dimensions we are, thus, going to add. We, of course, passionately, also humbly, disagree. We have carefully perused every material presented to the court”.

“They do not address the contrast between authenticating identity and verifying citizenship; the dissipation of up to $170 million of public funds by discarding a perfectly valid means of voter identification; or international standards of civil registration as they apply to constitutional rights enforcement. We made many other novel arguments and propositions”.

“But as the ancients say, ‘the proof of the pudding is in the eating’. Feel free to read the full document and judge for yourself if you have already heard these arguments in the court proceedings that have been reported so far”.

“As research-oriented and activist civil society organisations, our real base is you, the public. And we shall continue to inform, mobilise and galvanise you for the cause of good governance”, Mr Cudjoe noted.

According to him, “When we see and hear porous arguments like Deputy AG Godfred Dame's totally incoherent views on demographics and the ‘bloatedness’ of the voters' register, regardless of where he makes them, we shall respond as is our democratic right and constitutional duty as citizens and activists”.

“So, in addition to breaking down our brief into articles to be published widely, we shall also be writing more about the matters presently at the heart of the controversy over Ghana's electoral system”.