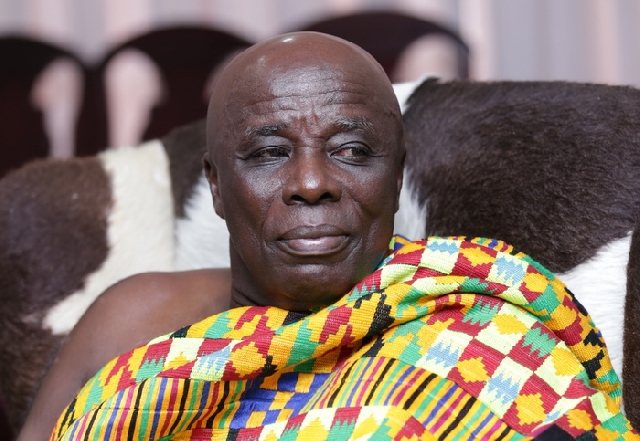 The Okyehene, Osagyefo Amoatia Ofori Panin II has backed the move started by the government to eradicate illegal mining on the water bodies.

According to him, the menace can end only if Ghanaians respect the rules and laws of the land.

This, according to him, will restore the country’s water bodies and vegetation cover.

The Okyehene said these in an interaction with an entourage from the Sanitation Ministry, Eastern Regional Minister and Water Resources Commission when they paid a courtesy call on him to pave way for their tour of the region to inspect water bodies and machines used for illegal mining as well.

Osagyefo Amoatia Ofori Panin noted that these acts by the illegal miners show clear disrespect for the laws as compared to the olden days where there were no stiffer laws but the people still adhered to rules and lived long.

He further urged Ghanaians to join the fight to eradicate illegal miners from the banks of the rivers to bring the clean water back.

Osagyefo Amoatia Ofori Panin II also admonished the government on the need to secure funds to reclaim the lands that have been destroyed by the actions of the galamsey operators and also provide a better livelihood for the youth who engage in it.