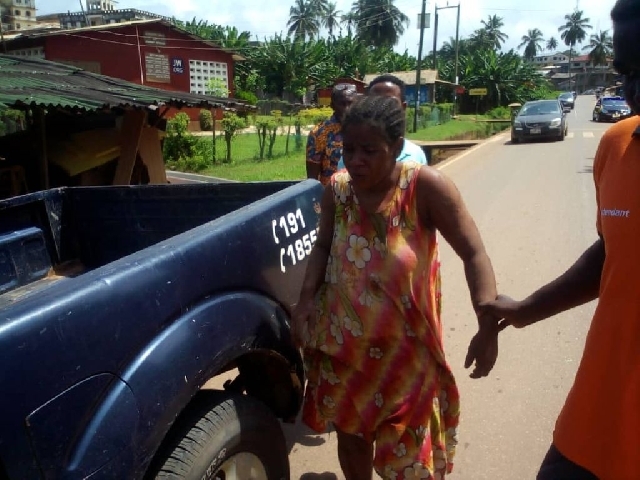 Josephine Panyin Mensah has finally left the custody of the police a week after she was granted a GHS50,000 bail with two sureties.

Despite the bail, she remained in the custody of the police because she could not meet the bail conditions.

The 28-year-old wife faked her pregnancy and kidnapping in Takoradi, Western Region.

She later confessed to the crime to the police and was arraigned.

The Takoradi Habour Circuit Court ‘A’ presided over by His Honour Michael Cudjoe Ampadu on Monday, 27 September 2021, granted the suspect bail but she could not satisfy the conditions.

The lead counsel for the accused, Mr Philip Fiifi Buckman, said at the time that the family was rallying resources together to meet the bail bond.

“I attended to some other cases but from my checks from the police station, the family couldn’t meet the justification today [Monday, 27 September 2021] and I believe tomorrow [28 September 2021] God willing, we should be able to meet the conditions and take her home.”