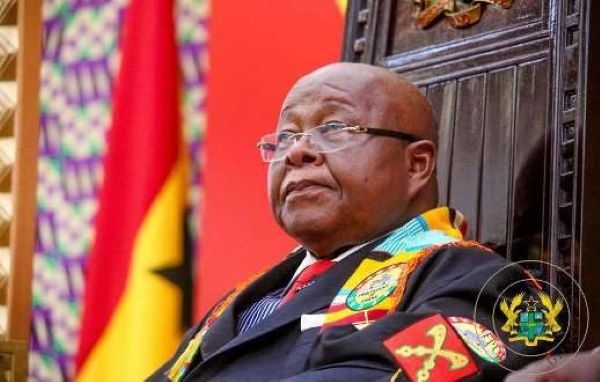 A group calling itself Concerned Citizens of Awutu Senya East Constituency in the Central Region, has petitioned the Speaker of Parliament, Prof Mike Oquaye, to suspend the incumbent Member of Parliament (MP) for the area, Mavis Hawa Koomson pending the outcome of investigations into her firing of warning shots at a one of the Electoral Commission’s voter registration centres in her constituency.

The MP, who is also the Minister of Special Development Initiatives, admitted on radio, to firing the shorts in self-defence at the Step to Christ centre at Kasoa during a melee in the ongoing registration exercise.

The warning shot, as well as mayhem at the polling centre, led to an abrupt end to the exercise on that day.

The MP for the Constituency said she took a gun to the centre for personal protection in her attempt to stop the parliamentary candidate of the National Democratic Congress (NDC), Phyllis Naa Koryoo, from busing aliens to the area to register.

“None of my men carried guns to the centre”, she told Accra-based Adom FM, adding: “I fired the warning shots myself”.

“I’m a Member of Parliament, I need to protect myself. It was at dawn; my police escort had not started work yet. So, that is the modus operandi I engaged in his absence”, she said.

Several groups have called for the termination of the appointment of the MP for her action.

In a petition, the Concerned Citizens of Awutu Senya East said they are worried about “the violence, misconduct and dishonesty” of their representative in the “noble house of parliament which contains honourable and well-behaved citizens.”

The group stated: “We wish to petition your honourable and diligent office to suspend her in the meantime, as she is being investigated by the security agencies of the country for a violent misconduct and disrupting an electoral process while endangering lives of innocent citizens whose welfare and development she claims to be representing”.

According to the group, the MP “is abusing” her “parliamentary immunity by engaging in acts she would not dare do” were she not covered from arrest.

“The parliamentary privileges offering members of parliament immunity against police arrest is not allowing the security agencies uncompromised and free access to arrest her, subject to her recent act of violently instigating a group of armed ‘vigilantes’ and hoodlums to fire sophisticated guns and also burn to complete destruction, a number of motorbikes belonging to unarmed lawful citizens who were just present at a polling station to register for their voter ID cards.”