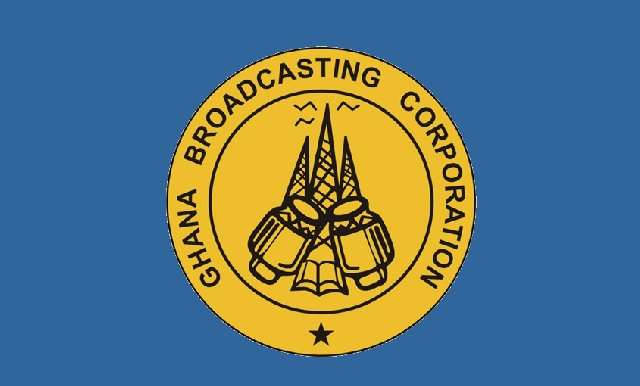 GBC staff want a total cancellation of the directive

Unionised staff of the Ghana Broadcasting Corporation (GBC) have asked the President to totally cancel rather than just suspend, the recent directive given to the state broadcaster by the Minister of Communication, Mrs Ursula Owusu-Ekuful, to reduce its channels on the Digital Terrestrial Television platform by three.

A similar directive was given to privately-owned Crystal TV.

However, President Nana Addo Dankwa Akufo-Addo, on Thursday, 23 July 2020, “directed the Minister of Communication ... to suspend the implementation of the directives ... pending further consultation with stakeholders”, a statement signed by the Director of Communication at the Presidency, Mr Eugene Arhin, said.

It followed a rejection of the Minister’s orders by the National Media Commission and others stakeholders.

However, the Chairman of the GBC union, Mr Sam Nat Kevor, told journalists on Friday, 24 July 2020 that: “The staff will also want to state that, the directive is also illegal, so, we will appreciate if it is cancelled and not suspended”.

“The rank and file of the staff are feeling that the suspension means the directive can be reissued”, he said.

“So, there is a mixed reaction to that statement”, he noted.

“We, therefore, want to say we accept that directive from the President as a cancellation”.

In his view, “GBC has what it takes to run the DTT.”

The Minister’s earlier directive said the move was aimed at cutting cost and freeing up space on the platform.

GBC then petitioned the NMC to intervene.

The Commission, in a subsequent statement signed by its Chairman, Yaw Boadu-Ayeboafo, said: “It is the view of the Commission that any action by any entity which culminates into limiting or depriving the media of the use of public resources legitimately allocated to them undermines their capacity to serve the nation as anticipated by the Constitution”.

“The Commission wishes to state clearly that the directive given to GBC and Crystal TV by the Minister for Communications purports to usurp the constitutional mandate and authority of the National Media Commission and same cannot be obliged under our current constitutional dispensation,” the statement noted.

It added: “To put our concerns on the DTT in context, we wish to state that the National Media Commission has always held and articulated the foregoing view since the process of migration started a little over a decade ago. In the intense partisanship of public policy debate in Ghana, we feel obliged to reiterate that this is not only a matter of fact, but also that of principle.

“The National Media Commission assures the general public that it is highly aware and alert to the huge responsibility it bears as the shepherds against any form of encroachment by individuals, politicians and state agencies on the freedom and independence of the media, and we shall continue to perform our constitutionally-mandated guardian role with high sense of dedication, alertness and patriotism”.

The NMC’s intervention came after the Ghana Journalists Association also kicked against the move.

The GJA asked the minister to immediately suspend the directive.

According to the GJA, the directive “will significantly impact the operations of GBC and among to interference by the government in the work of the state-owned media and this is against the provisions of chapter 12 of the 1992 Constitution.”

The GJA, in a statement, further noted that the directive has the practical effect of curtailing the broadcast of GBC and will lead to some of its content or programmes going off the air.

“The GJA thinks the actions of a minister of state, with respect to a critical national media infrastructure, cannot and should not be placed on the same level as that of private business transactions. The directive by the communication minister has the potential of curtailing the operations of media houses particularly a state-owned media which the constitution has specifically asked to be insulated from governmental control by a constitutional body,” the statement said.

The association has, thus, asked the Ministry of Communication to “suspend the directive immediately to both GBC and other media houses”.

The GJA’s position dovetailed into that of the Media Foundation for West Africa (MFWA), which also believes the directive undermines relevant constitutional and regulatory provisions on institutional governance and operational independence of GBC as well as media pluralism, generally.

“Guided by the lessons of history, the 1992 Constitution and other enabling pieces of legislation have sought to raise guardrails around the state media in particular. These legal provisions are meant to stave off interferences in the management and editorial discretion of the state media.  The provision is also designed to enable the state media offer fair voice and visibility to all segments of the national population including minority groups and interests,” MFWA said in a statement.

It added that: “Ghana is also signatory to a number of regional charters and conventions – the relevant ones of which include the African Charter on Broadcasting adopted in Windhoek in 2001, and the Joint Declaration on Media Independence and Diversity in the Digital age, adopted in Accra in 2018 – which seek a shared vision for independent and inclusive media systems. Not only is this attempt by the Minister of Communication to sequester three of the TV channels of the state broadcaster an expression of ministerial overreach; it also unfairly reduces the public service broadcaster’s footprint within the current 40-channel platform.”

MFWA has, thus, called on the Minister of Communication, Ms Ursula Owusu-Ekuful, to withdraw the directive.