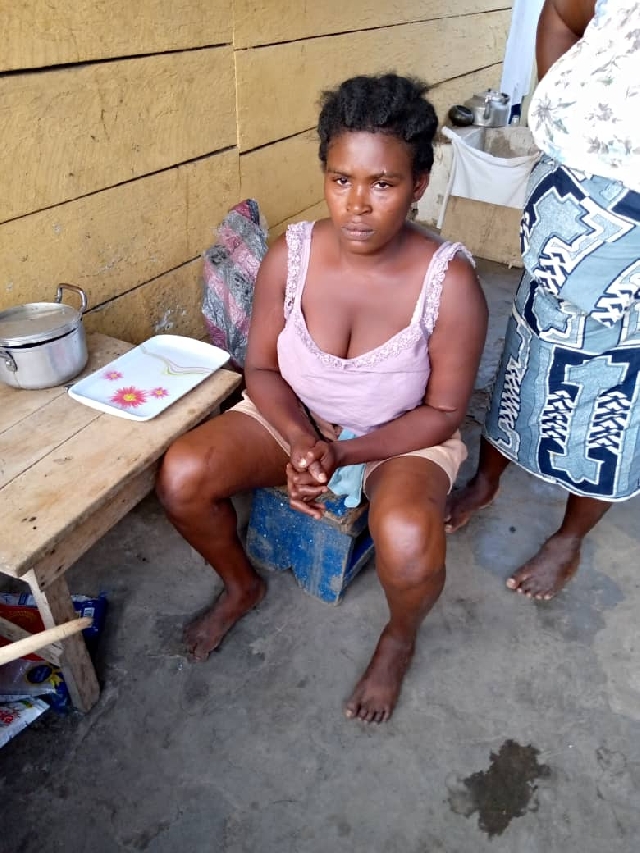 A 28-year-old mother-of-two, Abigail Agbubla, has allegedly killed her two children at Tema New Town in the Tema metropolis.

She allegedly fed the two-year-old boy and 8-month-old girl with rat poison.

A foamy substance oozed from the noses of the two children when a team of crime ccene personnel and Investigators from the Tema Regional Crime outfit visited the scene of the incident, hence the suspicion that they must have been poisoned.

There were no traces of assault marks on the bodies of the children.

The suspect has been detained by the Tema Regional Police Command while the bodies of the deceased children have been deposited at the Police Hospital Morgue awaiting autopsy.

Meanwhile, information reaching Class News indicates that the suspect said she poisoned the children because their father was not being responsible toward them.

The Tema Regional Police Command has commenced investigations into the matter and appealed to anyone with information on the incident to contact them.