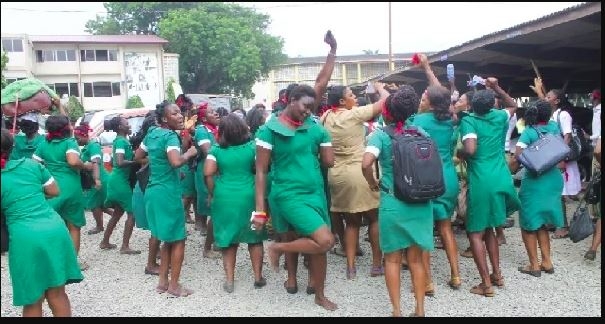 For failing to sack the Ashanti Regional Director of the National Service Scheme (NSS), nurses at the Manhyia government Hospital will from tomorrow, Friday, 2 December begin a sit-down strike.

The Ghana Registered Nurses and Midwives Association (GRNMA) spearheading the strike said it will be escalated on 6 December where all nurses in the region will remain at home if the NSS regional Director, Mr Alex Opoku-Mensah is still at post.

The Association in a statement further said there will be a nationwide strike of nurses by Friday, 9 November 2022, if their demand is not met.

The GRNMA said Mr Mensah had no right to enter the hospital to abuse a nurse.

“I do apologize for any mishap and assure all, there shall not be a repetition of such.