No HIV in COVID vaccines; Ghana’s spiking HIV rate nothing to do with pandemic jab – Noguchi fellow 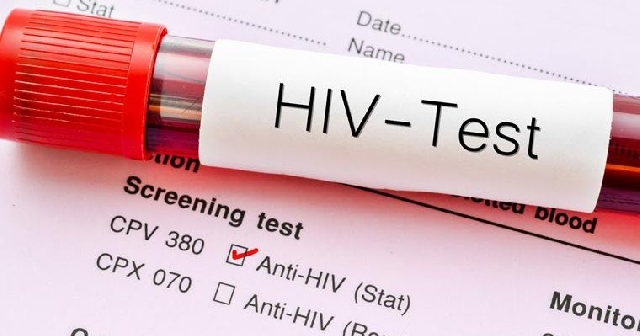 A total of 23,495 people in Ghana tested positive for HIV in the first half of this year (January to June)

A senior research fellow at the Noguchi Memorial Institute for Medical Research (NMIMR), Dr Isaac Darko Okyere, has refuted claims that HIV proteins were used in the production of some COVID-19 vaccines.

According to him, these rumours are only misinformation being spread by conspiracy theorists to prevent people from taking the vaccines.

His comments are in reaction to a BBC documentary published on 16 February 2022 on YouTube, alleging that some of the COVID-19 vaccines used small portions of HIV protein spike in their production.

Dr Okyere told Korku Lumor on Class91.3FM’s 505 news programme on Thursday, 25 August 2022 that the research in question was done in 2020 and meant to fight HIV.

“It’s difficult to let people understand that it’s rather protection against HIV instead of having HIV”.

“They cut the research, so, the trial stopped at phase one. It didn’t go to phase two. So, the vaccines that are in circulation now, that vaccine is not even part of it. They stopped it at phase one”, he stressed.

Dr Okyere said the COVID-19 vaccines have “nothing to do” with Ghana’s increasing HIV infection rate.

The Daily Graphic newspaper reported on Thursday that a total of 23,495 people in Ghana tested positive for HIV in the first half of this year (January to June).

The figure is two per cent of the 948,094 people who undertook HIV testing from January to June 2022, the Programme Manager of the National STIs and HIV/AIDS Control Programme, Dr Stephen Ayisi Addo said in a report filed by state newspaper, graphic online.

Dr Ayisi Addo said most of the 23,495 people who tested positive had since been put on HIV treatment.

He attributed the figures to complacency and ignorance explaining that awareness creation on the part of health workers had decreased.

“Some youth today don’t know HIV is there. Some know, but they have assumed that it’s gone. People are now more afraid of Covid-19 and the Marburg fever than they are of AIDS,” he pointed out.

Overall, he said, as of December 2021, the estimated population of HIV-positive persons in the country was 350,000, with only 71 per cent being identified by the control program.

he said about 79 per cent of those who had the disease and were taking their medication had reached the non-detectable that stage, which means they cannot transmit the virus to others.

On reasons for the new cases, the Programme Manager said unlike smallpox and other diseases that had been eliminated, HIV was still circulating among the population, and that as long as people had sex and were getting married, they would transmit it to others.

He said complacency and ignorance were responsible for the new cases. He further explained that health authorities were no longer making noise about the dangers of the disease, people thought there was no longer a problem.

“Some youth today don’t know HIV is there. Some know, but they have assumed it’s gone. People are now more afraid of COVID-19 and the Marburg fever than they are of AIDS, he pointed out.”

Overall, he said, as of December 2021, the estimated population of HIV-positive persons in the country was 350,000, with only 71 per cent being identified by the control programme.

Regarding the viral suppression stage where the disease was no longer transmissible, he said about 79 per cent of those who had the disease and were taking their medication had reached that stage.

The first 95 means that by 2025, 95 per cent of the total population of persons who are HIV positive should know their HIV status.

“The reason for this is that science has shown that when people have viral suppression, which in the laboratory is read as undetectable viral load, the likelihood of transmission is almost zero, so we refer to it as U = U, meaning undetectable is equal to un-transmissible.

“If we are able to achieve that, it is like achieving head immunity in vaccination. Very soon, people will not be transmitting and, therefore, HIV will not be an issue of public health importance and that is what we are looking at by 2030,” he said.

He said he was concerned about the 29 per cent of the population who did not know their HIV status and the 21 per cent people living with HIV who had still not reached the viral suppression stage, explaining that what it meant was that those 21 per cent could still transmit the disease to their partners and other people.

He pointed out that the only way the country could reach the 95/95/95 global target was for people to test to know their status, adding that Ghana was expected to test about 1.2 million people every year.

He said the 12 per cent prevalence recorded for those with STIs meant that if one Strati had an existing STI, one had a higher risk of getting HIV.

“This we knew earlier, and that is why our people key strategy is to detect and prevent STIs, such as syphilis and chlamydia, and treat them. Because if the person is free from infection, the risk of getting HIV is low,” he explained.

The Programme Manager mentioned the strategies they had adopted to get more people to know their status to include doing strategic testing, especially among men who had sex with men and female sex workers, as well as testing high-risk men and women including the non-paying partners of female sex workers and the wives of homosexuals.

He said they were also doing testing at STI clinics, outreach testing and facility testing.

What should be done?

Dr Ayisi Addo called for continuous the education on HIV; the Ghana AIDS Commission should continue its advocacy; NGOs should play their roles in communities, while metropolitan, municipal and district assemblies should use the one per cent fund on HIV allocated to them on the prevention of the disease and other linkage services.

“Let us all work together to fight the stigma and discrimination against AIDS, 50 that we encourage people to go for voluntary testing and get treatment. If we do this, we can achieve our 95/95/95 target,” he added.

Source: ClassFMonline.com with files from the Daily Graphic