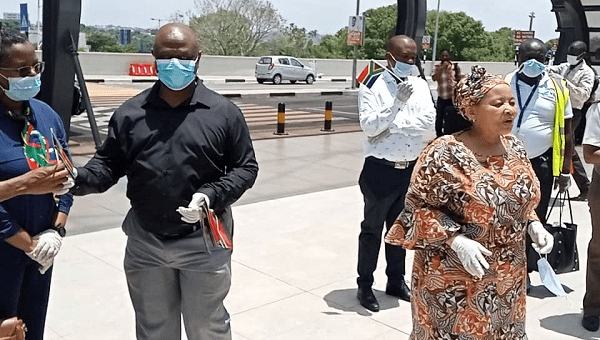 The SA High Commissioner seeing off her countryfolk at KIA

Some 100 South Africans were repatriated from Ghana on Monday under the auspices of the SA High Commission in Ghana.

The South African High Commissioner to Ghana, Lulana Ximgwana, saw her countryfolk off at the Kotoka International Airport (KIA).

She said the 100 South Africans came to Ghana on special missions which they have completed, necessitating their return but Ghana’s border and airport closures affected their return until they were recently granted permission by the government of Ghana to fly back following consultations between the two governments.

“They were to return early April but because of the lockdown they were not able to fly although some had return tickets,” she added.