Ken Agyapong has no credibility, speaks lies about people of integrity – Amidu 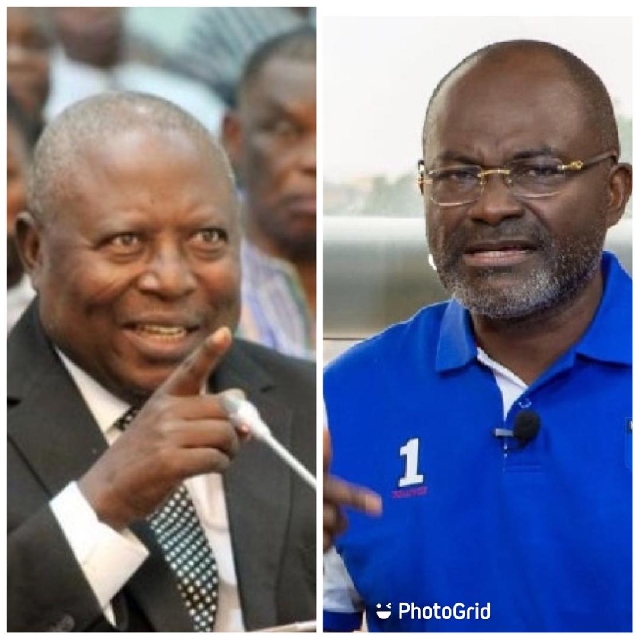 Former Special Prosecutor Martin Amidu has denied claims by Assin Central MP Kennedy Agyapong that he has a medical problem for which reason he should not have been appointed in the first place to that position.

Mr Agyapong’s attack on Mr Amidu comes on the back of the resignation of the Citizen Vigilante as Special Prosecutor after he accused the President of interfering with his work.

But Mr Amidu noted that Mr Agyapong has lost all credibility, as such, the charges levelled against him, which he described as “false”, should be ignored.

“Ayariga was going to take him on to produce his medical records and explain why he went to Germany [but] Mahama told him to stop. ‘Don’t raise this question at the Appointment Committee’. Mahama advised them not to raise that issue [about] the medical records and it was never brought up because they knew that one [day] this will happen,” the Assin Central lawmaker alleged.

Reacting to this claim, however, Mr Amidu said he has never been to Germany and the person accusing him has no credibility and should be ignored.

He told Accra-based Citi FM's Umaru Sanda in an exclusive interview on Thursday, 19 November 2020 that: “The allegation is coming from an incredible source, a person who has lost all credibility as far as truth is concerned. I mean, Kennedy Agyapong is known in Ghana as somebody who speaks lies at any person of integrity who tries to fight corruption, so, I’m not surprised that he will stoop that low to make accusations without any foundation in fact or in truth.

“I have never been to Germany on any occasion for any medical checkup, I don’t know any German hospital or any German clinic, and therefore, these allegations are false.

“The whole of my tenure, from the PNDC in 83 to when I left office on the 19th, I have never had the opportunity to visit Germany, let alone to visit a medical facility.”

Mr Amidu expressed confidence that Mr Ayariga, who he described as a son, will not tell a lie about him for political expediency.

“He would have been ostracised by the chiefs and people of the Kusaw traditional area for such blatant lie. And I challenge him [Kennedy Agyapong] to get Mahama Ayariga on the phone to confirm that he had documents proving that I had been to Germany for any type of treatment whatsoever,” Mr Amidu added.

He continued that the claim that “President Mahama is the person who asked Mahama Ayariga not to publicise those documents? President Mahama is alive, he’s not dead. He should speak to it. I mean I don’t know why a simple matter of Agyapa Royalties Limited transaction over which I conducted an anti-corruption assessment under law should lead to all these lies being peddled about me.”

Mr Amidu stressed that Mr Agyapong “has a character of assassinating every respectful person’s character including some judges of the superior court, so, why will anybody give him credibility? You see, he has enough money, he goes to radio stations, TV stations and all those things; I am a poor man who has tried to lead a straight and narrow life and crusaded against corruption without asking for payment, so, they will try to destroy me. Anybody who tries to fight corruption must be aware from the beginning that corruption will fight back and all that is going on is corruption fighting back”.