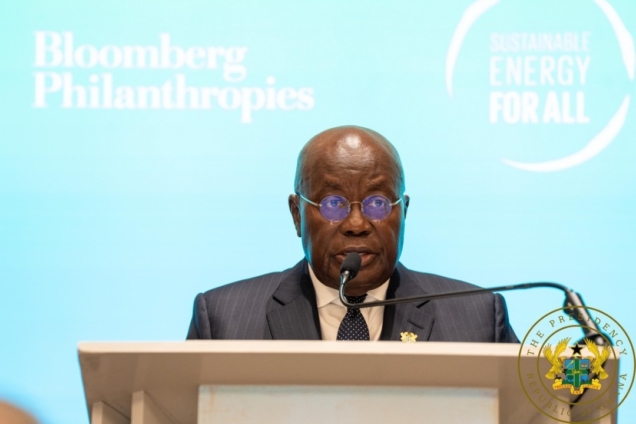 President Akufo-Addo has urged the citizenry to work hard to ensure Ghana keeps the prevailing peace and security to propel economic development.

The President said those two ingredients were what investors looked out for in a country before investing their resources and that Ghana already had them, making the country an attractive investment destination, hence the need to protect same.

President Akufo-Addo said this in a speech read for him by Ambrose Dery, the Interior Minister, who represented him at the 25th Anniversary of the coronation of Torgbui Adzonugaga Amenya Fiti V, the Paramount Chief of Aflao, and the climax of the Godigbe Festival.

The festival was on the theme: “25 Years of Inspirational Leadership and the Restoration of the Rights and Privileges of the Aflawuawo.”

“The existence of peace and security are necessary prerequisites for the economic development of the country. Ghana as a country has been blessed over time to remain stable and peaceful,” he said.

“For the last two consecutive years, Ghana has been noted as the second most peaceful country in Africa, behind the Island of Mauritius… I wish to, therefore, call on all of you to join hands in a collective effort to ensure that Ghana continues to be peaceful and safe for us all to achieve the goals of government.”

President Akufo-Addo commended the security agencies for their roles in keeping the peace and security of the country and assured them of providing them with all the necessary logistics to facilitate their work and expressed the government’s commitment to the well-being of Ghanaians.

The government’s bold but difficult decisions had resulted in some gains, he said, notwithstanding the current challenges, adding that government would work to bring the country back to the road of prosperity.

The Godigbe Festival of the chiefs and people of Aflao and the coronation anniversary had former President John Dramani in attendance, as well as a delegation of chiefs from other parts of Ghana and the republics of Togo and Benin.

They were treated to exciting cultural displays and music.