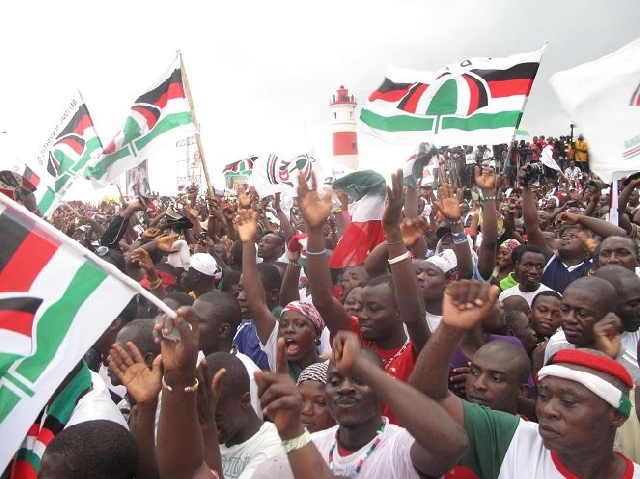 The youth wing of the National Democratic Congress (NDC) has written to the Inspector-General of Police, Mr James Oppong-Boanuh, to notify the Police Service that it will hold a demonstration and street protest.

The exercise, dubbed: "A March for Justice" will be held in Accra on Tuesday, 6 July 2021.

A letter signed by the NDC National youth organiser, George Opare Addo on 30 June 2021 indicated that "this protest is to demand justice for all persons killed and brutalised by state-sponsored thuggery and/or adventurism by police and military forces.

It also seeks social justice for the unemployed youth in the country.

Afterwards, all protesters will converge at the Jubilee House to present a petition to the President, and head to the police head office to present petitions to the IGP and to the Speaker of Parliament at the Parliament House. 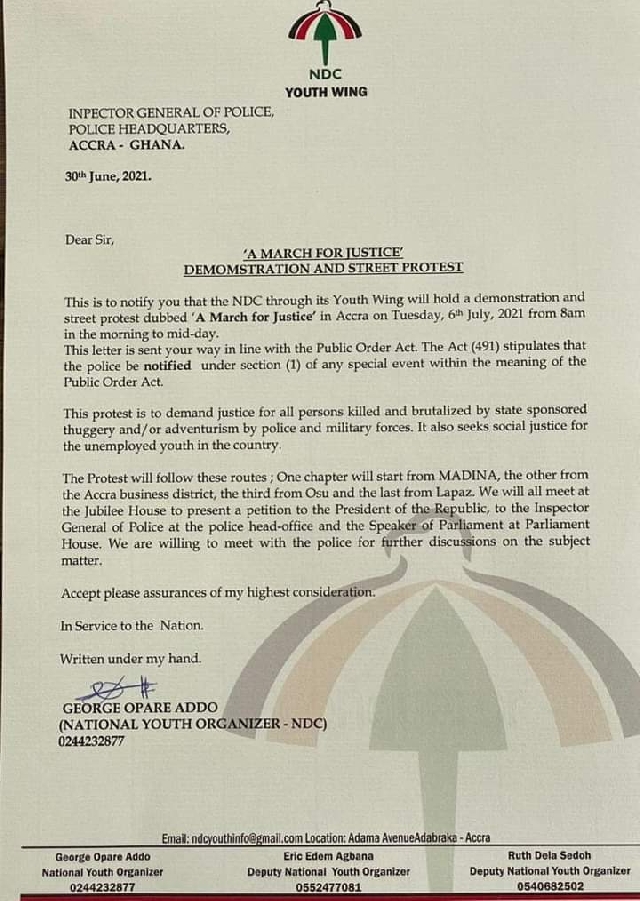