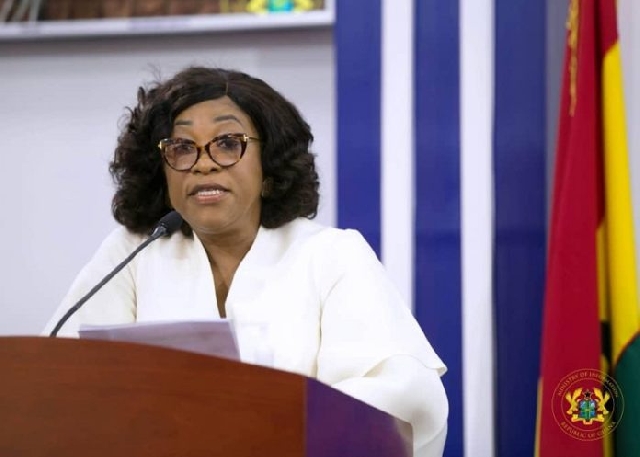 The government of Ghana has refuted reports claiming the United Kingdom’s Special Forces are coming to Ghana to safeguard the region against terrorism.

In a statement released by the Ministry of Foreign Affairs and Regional Integration on Tuesday, 22 November 2022, the government noted that its attention “has been drawn to a news item by The Telegraph, headlined:  “British soldiers expected in Ghana after withdrawal from Mali.”

“The story by The Telegraph, which was authored by Will Brown, their Africa correspondent, stated that the British Government had taken a decision to send 300 Special Forces units to Ghana to support the Accra Initiative", the statement said.

“The Government of Ghana has no interactions with the UK Government aimed at deploying UK soldiers to Ghana for purposes of operations as described in the story,” the statement clarified.

Demystifying ‘The Accra Initiative’, the government of Ghana, in the statement, bearing the official stamp of the Ministry of Foreign Affairs, said: “The Accra Initiative (AI) is a cooperative and collaborative security mechanism, launched in 2017 under the leadership of the President of the Republic of Ghana, H.E. Nana Addo Dankwa Afufo-Addo, with his colleagues from Benin, Burkina Faso, Cote d’Ivoire, and Togo. The current members of the Initiative are Benin, Burkina Faso, Cote d'Ivoire, Ghana, Togo, Mali, and Niger.”

Furthermore, the statement explained the purpose of ‘The Accra Initiative’, saying it: “aims to prevent a spillover of terrorism from the Sahel and to address transnational organised crime within the common border areas of member states.”

“The Initiative is to further exchange intelligence, build capacity and undertake military action against terrorist forces in the Sahel that threaten coastal West Africa,” it added and noted: “The Accra Initiative is an African-led, African-executed initiative which would depend solely on the armed forces of its member states.”

Addressing a key part of the circulating report, the government explained the visit of the UK Minister for Armed Forces and Veterans, James Heappey.

“The presence of the UK Minister for Armed Forces in Accra was to participate in the Accra Initiative Conference on 21st and 22nd November 2022,” it said.

“The Government of Ghana wishes to state that the information regarding British Special Forces is false,” the statement stressed. “Neither Ghana nor any other member of the Accra Initiative has discussed with any partner, any such request nor contemplated the involvement of foreign forces in any of their activities.”

The press release addressed to “all media houses” also decried the hasty conclusions outlined on social media by various users “on the back of the false news item to spread vile accusations against the Ghana Government.”

“We urge all patriotic Africans, including Ghanaian patriots, to not fall into the trap of disinformation, misinformation, and fake news that are intended to divide our societies and undermine our unity of purpose,” the government of Ghana cautioned.

Acknowledging the “partnerships” the member states of the Accra Initiative “share with the international community, either on an individual basis or collectively,” the statement categorically stated: “the kinds of support envisaged under the Accra Initiative will not extend to the involvement of foreign troops.”

In conclusion, the Ms Shirley Ayorkor Botchwey-led Ministry cited that: “Indeed, the British Minister for Armed Forces, Rt Hon James Heappey, clarified that position today in an interview he granted the BBC World Service,” to buttress.