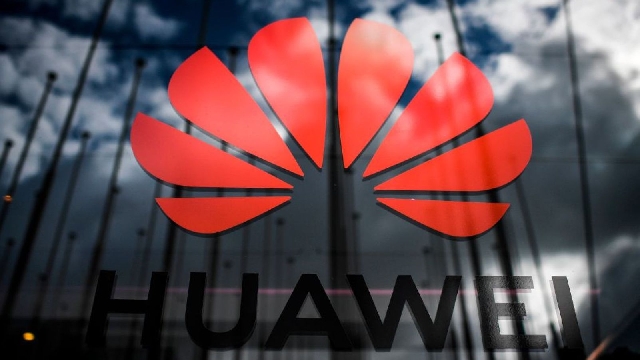 A decision on whether to include Huawei equipment is due soon

The head of MI5 has said he does not expect the UK's relationship with America to suffer if Britain decides to include the Chinese company's equipment in its 5G infrastructure.

In an interview with the Financial Times, Sir Andrew Parker said he had "no reason to think" that the UK would lose out on intelligence relationships as a result of the decision.

His statement seems to fly in the face of senior officials in Washington who repeatedly stated the US would reassess intelligence sharing with the UK if Huawei was allowed any role in Britain's 5G infrastructure.

Speaking at a NATO summit in December, Boris Johnson acknowledged that the "key criterion" regarding the company was whether use of its technology would impact the UK's intelligence sharing partnerships.

"I don't want this country to be unnecessarily hostile to investment from overseas but, on the other hand, we cannot prejudice our vital national security interests," Mr Johnson said.

The future of the UK's national security partnerships has been called into question in recent days due to the increasingly isolationist policies of US President Donald Trump.

Writing in the Sunday Times, Defence Secretary Ben Wallace warned that Britain may have to fight future conflicts without the help of America as a key ally.

A decision on what role, if any, the Chinese company's equipment could play in the UK's 5G infrastructure has been delayed a number of times by the British government amid political turmoil connected to Brexit, but is expected soon.

Sir Andrew told the FT that the security impact of including Huawei's equipment with the UK's networks was not the only issue worth considering, noting the lack of competitors, with only Nokia and Ericsson also operating in the market.

"Perhaps the thing that needs more focus and more discussion is how do we get to a future where there's a wider range of competition and a wider range of sovereign choices than defaulting to a yes or no about Chinese technology," he said. Huawei: The company and the security risks explained

A delegation of officials from the US National Economic Council and National Security Agency are set to arrive in London on Monday for last-minute meetings with British officials to try and convince them to enforce a complete exclusion on the Chinese telecoms firm's equipment from its infrastructure.

According to reports, the government under Theresa May had made a preliminary decision to allow Huawei's equipment in non-core parts of the network such as radio antennas while being kept out of the most critical data handling parts have been floated.

However, part of the generational advantage of 5G is that it blurs the distinctions between "core" and "non-core" elements of the network, with even elements towards the edge being able to provide some critical functionality.

During the Conservative Party's leadership contest in July, the Intelligence and Security Committee called for the next prime minister to quickly make a decision on Huawei's role in the UK's 5G infrastructure.

That followed a report from the Science and Technology Committee which claimed there were "no technical grounds for excluding Huawei entirely from the UK's 5G or other telecommunications networks".

"We feel there may well be geopolitical or ethical considerations that the government need to take into account when deciding whether they should use Huawei's equipment.

"The government... needs to consider whether the use of Huawei's technology would jeopardise this country's ongoing co-operation with our major allies," it warned.