Akufo-Addo leaves for Qatar to cheer on Black Stars in Portugal game, then head for UK for 7-day private visit 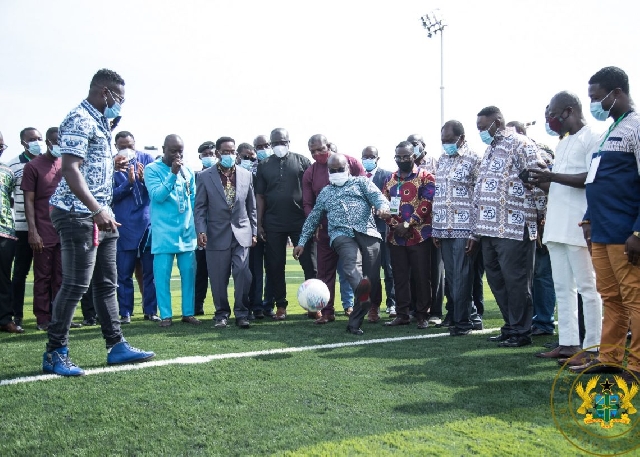 Speaker Alvan Bagbin announced the president’s departure to the house on Thursday.

The letter to the house said: “Thereafter, I will depart Qatar in the evening of that day to London, UK, for a seven-day private visit”.

“I’ll return to Ghana in the evening of Thursday, 1 December 2022”, the president’s letter added.

Vice President Mahamudu Bawumia will act in the president’s stead during the period.

Meanwhile, Black Stars head coach Otto Addo has said his team will not disappoint Ghanaians at the ongoing FIFA World Cup in Qatar.

Speaking to CAF President Patrice Mostsepe when he paid a visit to the Black Stars camp to wish them well ahead of their opening Group H game against Portugal today, Thursday, 24 November 2022, Otto Addo said the Black Stars are not only competing for Ghanaians but the entire African continent.

He told the CAF President: “We don’t take it for granted that you came by to visit us. It’s a great honour for us to host you even though it is a short visit. This is really inspiring for us, the players and the staff’’.

Regarding the players, he noted: "I can assure you that they are working hard on and off the pitch, so I am very sure that we won’t disappoint our nation and Africa. Ghana has shown in the past that they can compete at the highest level and when I see their training and look at how they played in recent games, I strongly believe that we can do some miracles’’.

"As an African country, we know that it’s not only for our nation but for the entire continent. It is for us to represent our continent as best as possible and I can assure you that we will do it", he added.

The Black Stars, after the Portugal clash, will also take on South Korea and Uruguay.