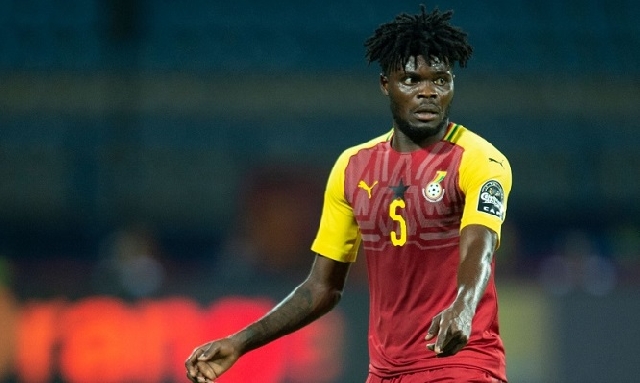 Arsenal midfielder Thomas Teye Partey will not be part of the Black Stars team billed to face the Atlas Lions of Morocco later today, Tuesday, 8 June 2021, in Rabat.

After the meeting, which lasted for about an hour, the coach excused him from the trip to Morocco.

Partey is, however, expected to report to camp for the second friendly game against Ivory Coast.

Meanwhile, Brentford winger Tariqe Fosu-Henry as well as Kamaldeen Suleyman, Kamal Sowah, and Joseph Paintsil, will also miss out on the game.

China-based winger Frank Acheampong will also be absent on the pitch because he is bereaved.

Mubarak Wakaso could not make the trip due to COVID-19 complications.

He would be required to undergo a mandatory 14-day quarantine upon his return from Accra, hence the decision to leave him out of the squad for now.

He is still recovering from the setback and, therefore, will not be present on the pitch.

The team safely arrived in Rabat for today’s game against Morocco on Monday.

Twenty five players, including Captain Andre Ayew, made the trip to the North African country.

The game is scheduled for 20:00GMT at the FAR Sportive stadium in Rabat.