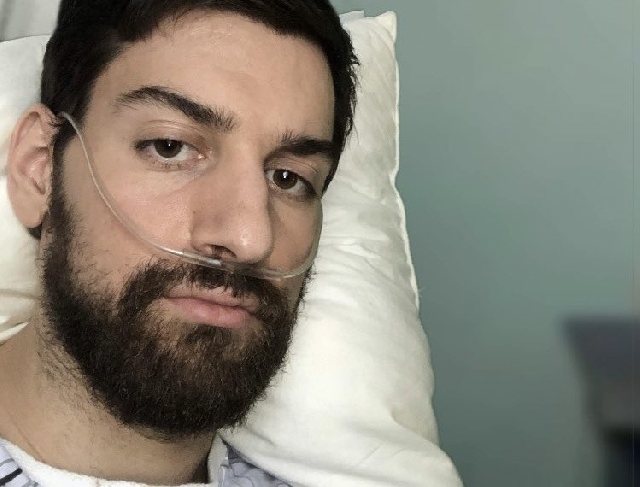 Jey Saladino, a twitter user, who promised to donate his testicle to medical research should Democrats in the United States succeed in getting Congress to impeach President Donal Trump, has fulfilled his pledge, ABC News can report.

Joey, on September 24, 2019, tweeted that he will donate his left testicle to medical research and asked followers and all who come across the tweet to keep record of it.

“If Trump gets impeached, I will donate my Left testicle to medical research. You can quote me on this” he tweeted to demonstrate his confidence in Democrat’s inability to substantiate their threats.

On Wednesday, December 18, 2019, the US House of Representatives voted to impeach US President Donald Trump, a process many observers contend was followed through on partisan lines as almost all Republicans voted against the motion, whereas Democrats voted for his impeachment.

Despite the verdict, Donald Trump still remains President as his fate, whether or not he will remain in office, will be determined by Republican-controlled Senate, after a trial is conducted.

Two charges formed the basis of Trump’s impeachment process – obstruction of Congress and abuse of power.

In fulfillment of the promise, following the successful impeachment of Trump, Joey Saladino shared a picture of himself on a hospital bed suggesting he was undergoing the process to remove the testicle.

In addition, he shared a letter from a body known as the National Testicle Association acknowledging Joey Saladino’s ‘generous donation’.

The Association said, “His Left Testicle will be dissected for a study on how to treat erectile dysfunction. We can’t thank Joey enough so he will receive a tax reduction for his charitable contribution.”