Twitter boss Elon Musk told he's 'not above the law' 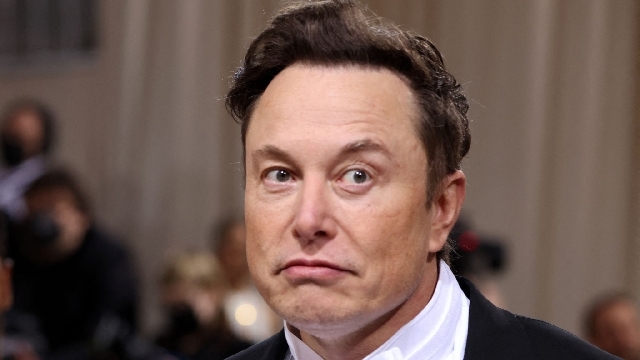 A US regulator says it is watching events at Twitter with "deep concern" after the platform's top privacy and compliance officers reportedly quit.

The Federal Trade Commission (FTC) said new chief executive Elon Musk was "not above the law".

Separately, Mr Musk reportedly told employees that bankruptcy is not out of the question for Twitter.

The company has been in disarray since Mr Musk started firing thousands of employees last week.

The ability for users to buy verified status as part of a new subscription has raised concerns that Twitter could be swamped with fake accounts.

On Thursday, Yoel Roth, who had been Twitter's head of trust and safety, updated his profile on the social media platform to indicate that he was no longer in the role.

The departures may increase the risk of Twitter violating regulatory orders.

"We are tracking recent developments at Twitter with deep concern," Douglas Farrar, the FTC's director of public affairs, said.

"No chief executive or company is above the law, and companies must follow our consent decrees."

Mr Farrer said the FTC had "new tools to ensure compliance, and we are prepared to use them".

Twitter paid the fine in May to settle allegations it had illegally used users' data to help sell targeted ads.

In addition to the fine, it had to agree to new rules, and put in place a beefed-up privacy and security programme - overseen by the executives reported to have quit.

Since taking charge, Mr Musk has fired former chief executive Parag Agrawal and other top management, and the company's advertising and marketing chiefs have also left, adding to concerns that Twitter does not have enough people in place to oversee that it remains compliant with regulations.

In addition, some big advertisers have been spooked by the direction Mr Musk is taking the social media firm.

Twitter makes most of its money through advertising, but some large advertisers have paused spending while they take stock of the changes that Mr Musk is bringing in.

On Thursday, Chipotle Mexican Grill said it had pulled back its paid and owned content on Twitter "while we gain a better understanding on the direction of the platform under its new leadership".

Some brands are said to be concerned that Mr Musk will relax content moderation rules and reverse permanent Twitter bans given to controversial figures, including former US President Donald Trump.

Mr Musk reportedly told employees during a company meeting he was not certain about the future financial performance of the company, and that bankruptcy was not out of the question.

Technology website The Verge, which published a full transcript of Mr Musk's address to employees, reported that Twitter no longer had a communications department