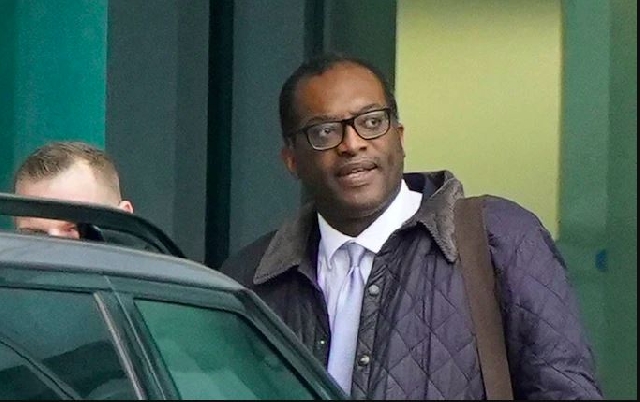 Kwasi Kwarteng is no longer chancellor, the BBC understands.

It comes amid speculation Truss will today announce a U-turn on parts of the mini-budget.

The shortest serving chancellor, Iain Macleod, died of a heart attack 30 days after taking the job in 1970.

Since 2019, the UK has had four chancellors, including Nadhim Zahawi who served the third shortest tenure with 63 days during a short-lived reshuffle under Boris Johnson, and Sajid Javid who served 204 days - the fourth shortest tenure since the Second World War.

The value of the pound has fallen sharply in the past half an hour after reports emerged that Kwasi Kwarteng is no longer chancellor.

The pound rallied strongly yesterday after rumours of a planned U-turn on elements of Kwarteng’s so-called mini-budget.

Kwarteng confirms he was asked to 'stand aside'

Kwasi Kwarteng - who is out of his job as the UK's chancellor - has just confirmed that he was sacked by Prime Minister Liz Truss rather than choosing to leave.

He's tweeted a letter confirming the news, saying he was "asked to stand aside".