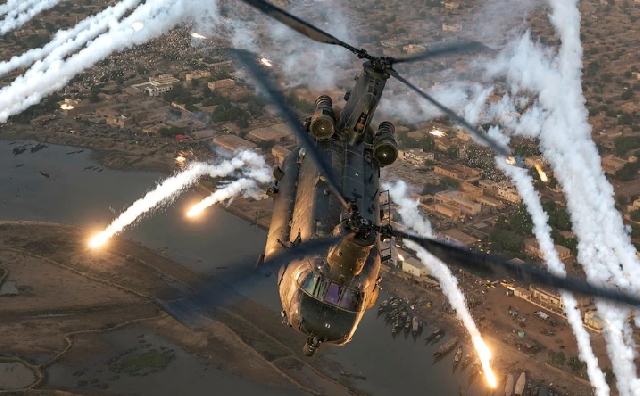 The UK is to withdraw troops from Mali, which until only a few months ago, Whitehall officials were describing as ‘the new frontline of the war on terror’

Britain may be invited to send special forces to Ghana after it was forced withdraw all of its 300 peacekeepers from Mali in the face of bands of Russian mercenaries and jihadist groups, The Telegraph understands.

British ministers will this week fly to Ghana to hammer out a new security agreement.

It is unclear if the move is a face saving operation in the wake of the mission in Mali being shut down or something more significant as British forces already train troops in Ghana.

Three years ago, Britain announced a major 'pivot' to the jihadist-stricken Sahel region on Europe's southern flank to great fanfare at home. New embassies were opened. Hundreds of millions of pounds were promised in humanitarian and military aid. And 300 crack troops were sent deep into Mali to scout for gunmen allied to Islamic State and Al Qaeda.

This was post-Brexit Global Britain in action, ministers said. But now that policy, like the land on which it played out, has turned to dust. Thousands of French troops were chased out of the same region by the Malian military junta they were supposed to protect in August. And now the Brits are following suit.

Last week the UK announced it was withdrawing all of its troops from Mali, which until only a few months ago, Whitehall officials were describing as “the new frontline of the war on terror”.

Former Africa Minister Rory Stewart, who championed the so-called “pivot to the Sahel” under Prime Minister Theresa May, was scathing about the real purpose of this week's Ghana trip, suggesting it was no more than a face saving operation.

“We struggled to maintain 300 troops in Mali, partly because it cost perhaps as much as a hundred million pounds from tightly stretched budgets,” he told The Telegraph. “I fear that the 'pivot to Ghana and Burkina Faso' is largely a way of excusing our retreat from the Sahel and will ultimately add up to less than people pretend.”

“We have been worrying about Burkina Faso for some time. But without an embassy there or any significant investment, there is a real limit to what the UK can do,” said Mr Stewart.

Pivot towards the Sahel

Mr Stewart and allies have long argued that Britain's own security would be at stake if the armed groups were allowed to establish themselves in the Sahel on the key migration routes to Britain and Europe.

The 300 troops from the Royal Scott Dragoon Guards and Royal Irish Regiment were meant to lead a revamped, highly mobile 14,000-strong peacekeeping force in Mali acting under the command of the UN.

“The British contribution will be the tip of the spear... With a more manoeuvrable force, we can be more proactive in anticipating attacks, projecting force and deterring and going in where there are confrontations,” Lt Gen Dennis Gyllensporre, the mission's commanding officer, said when the deployment was announced in 2020.

However, the move was always controversial in London. The UK security services – notably MI6, which has minimal presence in Africa after decades of Middle East focus – warned from the outset that the vastness and inhospitable conditions of the desert region meant the mission would be difficult to sustain.

“The pivot towards the Sahel ran absolutely hard against the Treasury and Ministry of Defence from the beginning. It also alienated non-African people in the Foreign Office and intelligence services,” said Mr Stewart.

Others say there was a naive “romanticism” to the initial deployment, a replay of daring British exploits during the Second World War. The UK base in northern Mali was even named after Brigadier Ralph Bagnold, the founder of the Long Range Desert Group, which supported the first SAS unit in surprise raids on German air bases in Libya in the early 1940s. The unit's heroics feature in the BBC drama series SAS Rogue Heroes.

Anyone looking at a map needs to be careful they're not deceived by the scale of the Sahel. Mali alone is six times larger than the UK, making it hard for peacekeepers to react to attacks in time. Indeed, throughout their entire two-year posting, British troops have only been involved in one firefight.

Earlier this year, The Telegraph reported that Wagner mercenaries lined up anywhere from 200 to 600 men and boys and executed them in central Mali. “We collected 180 bodies. The victims were bloated and deformed. We could only recognise our friends by their clothes,” one survivor said.

France said the Wagner group was trying to frame it for war crimes and withdrew from Mali ignominiously a few months ago, almost a decade after Paris stopped the capital from falling to a jihadist rebel army.

Intelligence sources say the Russian mercenaries act as a “praetorian guard” for Mali's junta, securing their economic interests. They have been just as brutal with African civilians as they are with Ukrainians.

Early this week, James Heappey, Minister for the Armed Forces, will travel to Accra, Ghana's capital, to try and carve out a new policy. The UK Ministry of Defence declined to comment on the trip.

Ghana, the UK's key ally in West Africa, is deeply concerned about the anarchy spreading across its northern neighbour Burkina Faso, where fighters blow up aid convoys and lay siege to entire towns.

Ghana, Togo, Benin and Cote d’Ivoire all signed up to Accra Initiative in 2017, a coalition to stop insecurity spilling over their borders from the Sahel.

“The British position is that they are now going to be putting their shoulder behind the Accra Initiative,” said Alex Vines, Africa director of Chatham House. “There will be more engagement with Burkina Faso which is now recognised as the front line for UK interests, Ghana especially.”