US shooting: Man kills 'up to 10' in Virginia Walmart store 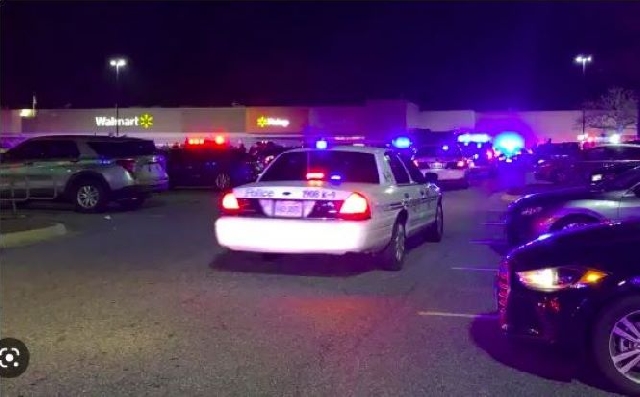 Police at the scene

A gunman has killed up to 10 people in a Walmart superstore in Chesapeake, in the US state of Virginia, police say.

Reports say the man, a store manager, opened fire then turned the gun on himself and is now dead.

The City of Chesapeake tweeted "police confirm an active shooter incident with fatalities at the Walmart".

There are few details, but a police officer spoke of "less than 10" killed and multiple injured. No motive has emerged yet in the US east coast city.