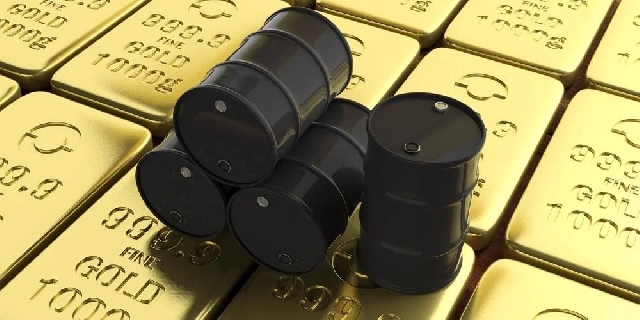 An energy policy analyst has downplayed the government’s much-touted gold-for-oil barter trade deal to get cheaper petroleum products without using the dollar.

According to the analyst, the deal seems to be a copy-and-paste policy.

Mr Benjamin Nsiah downplayed the essence of the deal while speaking in an interview with Emmanuel Quarshie, the Hitman, the host of the Ghana Yensom morning show on Accra 100.5 FM on Wednesday, November 30, 2022.

He said the oil for the gold deal began in countries that have issues with international diplomacy, particularly with the United States of America (USA).

He mentioned some of these countries as Venezuela, Cuba, China, Russia, India and Iran among others.

He noted that the government failed to do due diligence on the policy or programme.

"They jumped the gun with the policy. I think they rushed in bringing out the statement," he said.

"It was just to give some semblance of hope in the wake of the rising cost of fuel in the country," he strongly argued.

He raised questions about whether the deal was going to be a government-to-government or bilateral agreement.

"If this is the case, we need an Oil Trading Company (OTC) since the government has no such entity," he added.

He said the importation of oil into the country is done by private international Oil Trading Companies (OTCs) and added that they import 76 per cent with Go Energy, a subsidiary of GOIL, with others doing the rest.

He insisted BOST is not an OTC as it stands.

He wondered whether the government had found out that the OTCs, which are all Western aligned, will buy into the arrangement to limit the usage of dollars for these transactions.

If not, "a lot of the questions will remain unanswered in the vice president’s statement," he remarked.