Ofori-Atta is a potential candidate for Nsawam – Morde 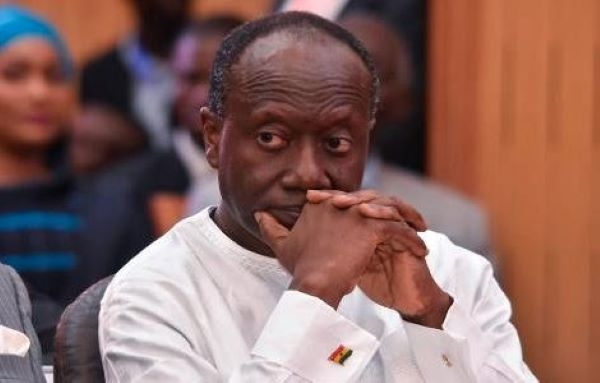 An Economist and Data Scientist, Dr Yaw Morde has accused Finance Minister Ken Ofori-Atta of forging figures in his address to Parliament on Wednesday

An Economist and Data Scientist, Dr Yaw Morde has accused Finance Minister Ken Ofori-Atta of forging figures in his address to Parliament on Wednesday, 23 June 2022.

According to the Economist, the Finance Minister forged the figures he presented to the House to “understate revenues and explode expenditure”.

Speaking with Korku Lumor on Class FM’s 5o5 News, Wednesday, 22 June 2022, the Economist said: “If we compare ourselves to our peers, you (will) see that (with) the 1 billion we got, some countries did not get it. The European Union, Germany alone gave us 25 million Euros, we got a lot of revenue but in 2020 our GDP was less than 1 percent, so the question is, how did we use the money?,” he quizzed.

“We have misused the money, now come and account, you have understated your revenue and you have increased your expenditure just to confuse the people. This Finance Minister is a potential candidate for Nsawam.”

The Economist noted that last year, there were calls for President Nana Addo Dankwa Akufo-Addo to change the Finance Minister because “he has become a threat to national security.

“They have borrowed over GHS259 billion in the space of six years, every single amount borrowed, Ken Ofori-Atta has a percentage as a loan consultant or a debt consultant and Ghanaians have to be very worried.  This Finance Minister has mismanaged the economy, our inflation exploded to over 25 percent, our exchange rate is deteriorating”, Dr Morde added.

Finance Minister, Ken Ofori-Atta disclosed that government disbursed an amount of GHS600 million in 2020 for the construction of hospitals under the Agenda 111 policy across the country.

However, Ranking Member on the Finance Committee in Parliament Cassiel Atto Forson and Minority Leader Haruna Iddrisu, speaking in Parliament, after the Minister’s briefing, raised concerns over inconsistencies in the statement presented.

Meanwhile, Speaker of Parliament Alban S.K Bagbin has directed the Finance and Health Committees in Parliament to investigate the Total Receipts of COVID-19 Expenditure presented by the Finance Minister.

The committees have till the first week of October to submit their reports.