Amber Heard has filed an appeal against her ex-husband Johnny Depp's US libel lawsuit win.

Following a trial lasting several weeks earlier in the year, a jury in Virginia found in favour of Depp, ruling that a 2018 Washington Post article written by Heard was defamatory.

Depp's case was that Heard defamed him in the article, in which she described herself as a victim of domestic abuse.

While she did not mention the 59-year-old by name, he argued that the implication was clear - and denied allegations of abuse.

The Court of Appeals of Virginia received an opening brief for Heard's appeal on 23 November and US media outlet Deadline has shared details of the 68-page report. It comes after the Aquaman actress filed an official notice that she would appeal earlier in the summer.

Heard, 36, is calling for the original verdict to be dismissed, or for a new trial to be held, according to the document.

Lawyers for the actress argue that Depp and the case have "no meaningful connection" to Virginia and that it was "wholly inconvenient" for him to sue there rather than California - where "both parties lived and where Depp claimed to have suffered reputational harm".

They said Fairfax County Court, where the trial took place, was "mistaken" in its conclusion that Depp's claims arose in the state because the Washington Post's servers are located there.

They have also argued that the case should not have gone to trial at all in the US following the verdict in Depp's separate case against The Sun in the UK in 2020, which he lost - the judge in that case ruled an article published by the newspaper about abuse allegations against Depp was "substantially true".

Heard's lawyers also say that there were "evidentiary errors that severely prejudiced" the actress during the US trial.

The US trial verdict 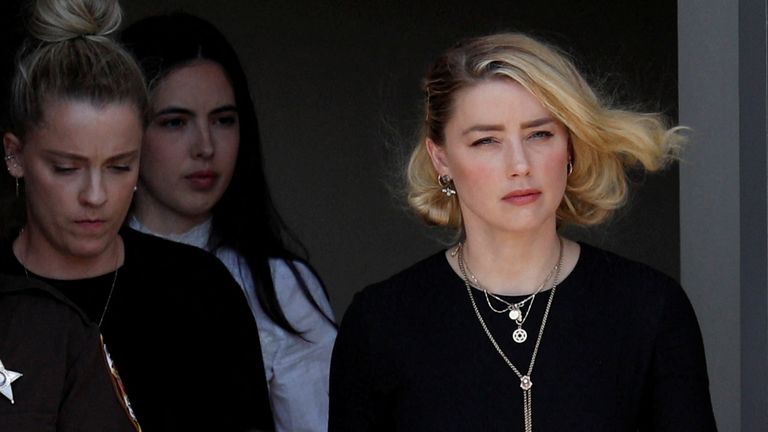 After six weeks of testimony, the Depp v Heard court case came to an end on 1 June, with the jury finding that a 2018 article Heard wrote for the Washington Post, about her alleged experiences as a survivor of domestic abuse, was defamatory towards Depp.

Heard won on one count of her counter-suit, successfully arguing that one of Depp's attorneys defamed her by claiming her allegations were "an abuse hoax" aimed at capitalising on the #MeToo movement.

Following the US trial verdict, Depp has been throwing himself into his music career, performing with Jeff Beck and announcing a tour for his rock supergroup Hollywood Vampires in 2023.

He also made a surprise cameo at the 2022 MTV Video Music Awards - joking with the audience he "needed the work" as he was projected on stage dressed as an astronaut.

Sky News has contacted representatives for Depp and Heard for comment.