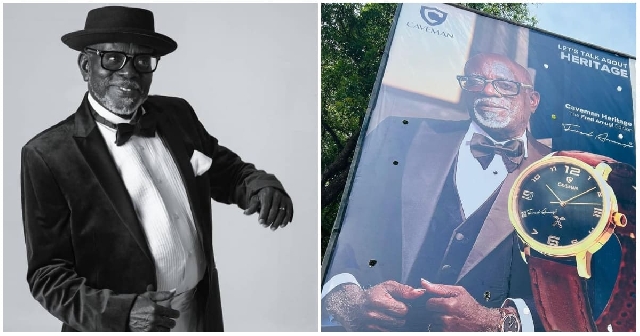 Before his 74th birthday on Saturday, 5 November, Mr Amugi said in an interview that he wished to be a brand ambassador for corporate organisations before he dies and added he wants to be on billboards.

The heartfelt appeal got to the attention of Anthony Dzamefe, the Chief Executive of Caveman Watches.

He invited Fred Amugi and signed him up as a brand ambassador for his respected Ghanaian watch company, 10 days after his birthday.

A picture of Fred Amugi and Anthony Dzamefe smiling in the Caveman office was attached on the IG post. 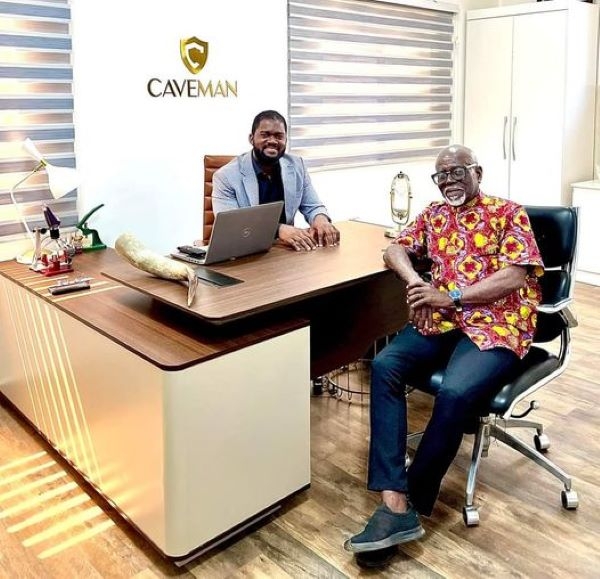 In the following days, a photoshoot was organised and pictures surfaced on the internet.

Today, Thursday, 24 November, the legendary Ghanaian movie star has informed his social media followers, with pictures, that a billboard has been erected bearing his image as he models for Caveman Watches.

Standing at the foot of the huge billboard with the watch company's CEO, Mr Amugi shed tears.