DJ Semtex on why African acts are redefining modern pop 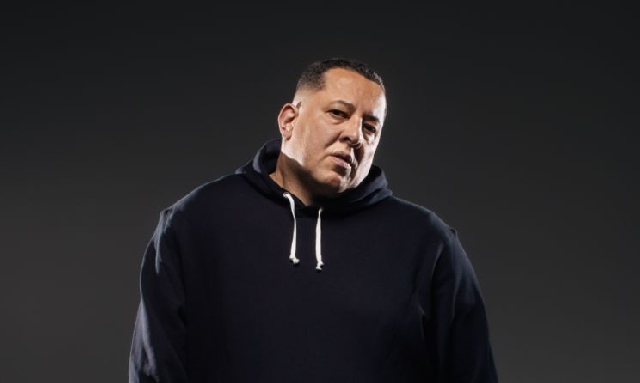 English radio veteran, producer and author DJ Semtex traces his career foundations to hip hop  – the music genre that set him on his current path as a global cultural curator. In recent years, however, his utility has expanded to include a role as a major conduit for African music overseas.

A Manchester native with Sierra Leonean roots, DJ Semtex describes himself as a fan first, and is widely credited with introducing a host of emerging West African talent to UK audiences, notably Twitch 4EVA and Black Sherif.

“It’s my duty to play dope new music,” he says. “Artists such as Sarkodie, Kwesi Arthur, and Black Sherif should be played alongside Stormzy, Dave, J Hus, Drake, Kendrick and Cole.”

DJ Semtex’s baptism into music from these parts was facilitated by his manager Nikita Chauhan, who used to produce his rap show on London-based Capital Xtra radio. While on the programme, Nikita would supply him with new African music. When the pair were creating podcasts for Spotify, Nikita introduced Semtex to the sounds of Twitch 4EVA, Mr Eazi and Sarkodie. Sarkodie then brought up the likes of Black Sherif.

This month, DJ Semtex’s itinerary has included playing at Black Sherif’s debut UK concert in London and hosting and DJing the London release party of Sarkodie’s Jamz album and a gig by rapper Kwesi Arthur.

“Three Ghanaian rap artists performing in London in the same week? This hasn’t happened before. It wasn’t planned, it is a very real sign of the times; a reflection of the impact these guys are making across the world.”

On Black Sherif specifically, whose show he likened to a defining spiritual moment, DJ Semtex says he is an incredible artist, elite rapper and powerful singer who creates music of substance that stirs the soul, adding that the ‘Second Sermon’ man “will be one of the most significant artists of our time.”

“Think about it, I deejayed at his first-ever show. No matter what I played, it didn’t matter. The people were there to see Black Sherif perform for the first time in the UK. When he entered the stage the mood of the venue switched, the air was electric. As the crowd chanted ‘Blacko’ you could see the excitement in the eyes of the crowd, they were truly elated.”

A blistering run of successful releases has ensured that Black Sherif is counted among the unique voices driving African music’s current global revival. The DJ notes that the renaissance was needed. “Every other genre has been influenced by sounds, melodies, dances, and language. Artists such as Ckay, Fireboy DML, and Rema have redefined what modern-day pop music can be.”

African music could only head upward and Ghana boasts great artists and producers behind exceptional music. In order for them to be heard worldwide, the fans have to support them all the way, DJ Semtex believes. “They have to support every show, share their favourite artist’s music, and support them unconditionally no matter where they are in the world. A DJ, writer, or curator can only do so much. It is the fans that wield the real power.”

On how live music is changing, and how DJs are adapting to the space, DJ Semtex admits that three years later, the industry is still recovering from the effects of the COVID-19 pandemic. “It’s still hard for DJs as there are more artists than ever before, and more DJs competing for bookings, but it’s survival of the ‘littest’.”

These days, a DJ has to be much more than just a fixture at live events. A drastically digital and dynamic industry, whose evolution in recent years has seen DSPs take centre stage, with playlisting and curation becoming pivotal features, is requiring DJs to be more adaptable than ever, venturing into different avenues to build their brand; releasing original music, podcasting, influencing, writing, promotion and A&R among others.

What has worked for DJ Semtex, however, is a passion for great music, constantly challenging himself, and partnering with great people.