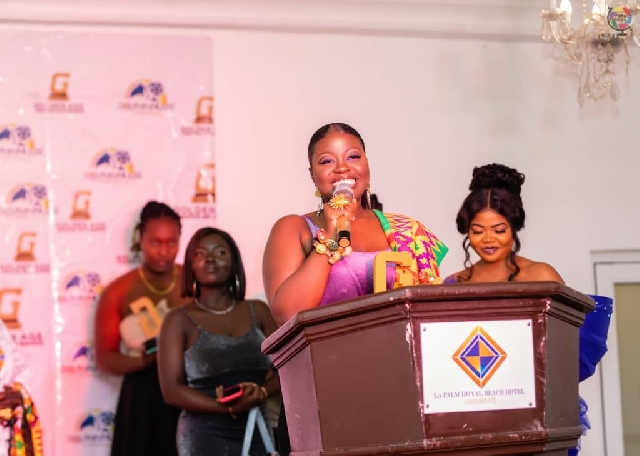 Ghanaian singer Essilfie has received what is her first award since she burst onto the music scene in 2019.

The award was presented to the Soul and R&B singer by well-known entertainment pundit Arnold Asamoah-Baidoo.

Essilfie was excited to share the news with fans on Twitter, “Grateful to God & thankful to everyone who supports, shared & voted. I won my very first award after my very first nomination. Golden Age Creative Art Awards, Best New Artist 2022.”

In 2021, The GACAA was recognized as 19th out of 30 best awards organising firms in Ghana by the Ministry of Tourism, Arts & Culture.

Ellis Adjei is the founder of GACAA and Chief Executive Officer of Dolphins House Productions, organisers of GACAA, and has said the scheme’s priority is to award deserving persons in Ghana’s entertainment and arts sector, who are playing great roles in the development of the nation.

It is a season of firsts for Essilfie: aside from the GACAA 2022 recognition, her first released music this year are 5 songs contained on her first EP titled ‘Tori’s Lounge’.

It is available on all streaming platforms.