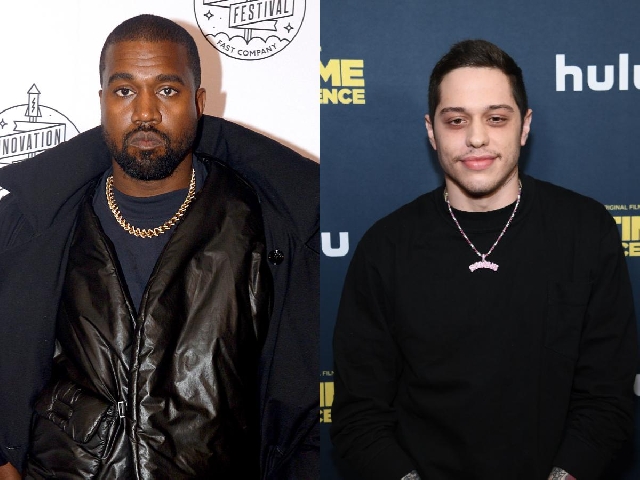 Kanye West is trolling Pete Davidson after it was reported that the rapper's ex-wife Kim Kardashian split with the Saturday Night Live comic.

Ye, 45, posted a doctored image of a New York Times front-page obituary on Monday that read, "Skete Davidson Dead at Age 28." Skete, of course, is the nickname Ye gave to Davidson, 28.

The Donda artist has repeatedly trolled Davidson in similar instances, while Davidson spoke about his experience in the limelight through SNL Weekend Update bits. After learning about the relationship, Ye referred to Davidson as a "dickhead" in a now-deleted Instagram post.

The fake newspaper also includes a dig at Kid Cudi, another name on the rapper's sh--list.

"Kid Cudi meant to play funeral but fearful of bottle throwers," the subhead reads, a reference to Kid Cudi walking off the stage at July's Rolling Loud festival in Miami after hecklers in the crowd pelted him with detritus.

Multiple outlets, including PEOPLE, reported on Friday that Kardashian and Davidson broke things off after nine months of dating.

On an episode of Hulu's The Kardashians, the influencer celebrity admitted that she pursued Davidson after hearing about his "BDE" (i.e. Big Dick Energy), saying she wanted to "get out there." She said, "I was basically DTF" (i.e. down to f---), so it's not all that surprising that their relationship wasn't long for this world.

Kardashian filed for divorce from Ye in February 2021. A source told PEOPLE at the time that Davidson was "exactly what Kim needed after her divorce" and "someone to make her laugh and just have a fun time with." They further noted "the end of her marriage was a very dark time for her, and Pete has been the best antidote."