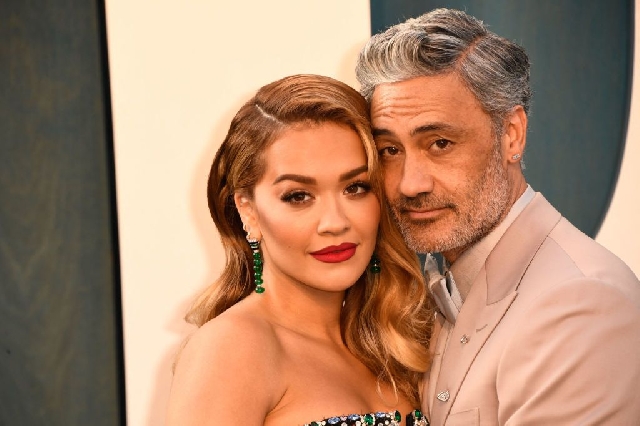 The Sun reported that the 31-year-old musician and 46-year-old filmmaker got married over the weekend in a small, private ceremony in London

The Sun reported that the 31-year-old musician and 46-year-old filmmaker got married over the weekend in a small, private ceremony in London. The news was later confirmed by E! News.

“It was a really intimate ceremony and super special for everyone there," a source told the Sun. “Their nearest and dearest can see how madly in love they are. Despite living in the spotlight, Rita is determined to keep the relationship as private as possible and didn’t want to make a big song and dance about the wedding," they continued. "A big, showbiz-style bash is planned to celebrate, but don’t expect to see it being flogged to the highest-bidding magazine."

Rumors spread over the weekend after Ora's sister Elena Ora posted an image on Instagram that appeared to show Thor: Love & Thunder director Waititi wearing a silver band on his left hand.

Ora and Waititi have been friends for several years, but have been dating for roughly a year and a half. Waititi married producer Chelsea Wistanley in 2011, but the two separated in 2018, per Page Six. Ora and French director Romain Gavras split in early 2021.  In 2021, Waititi was in Australia directing Thor: Love and Thunder while Ora was also in Australia, filming as a judge/coach on the country's version of the singing competition show The Voice. After the two were spotted out and about a few times, Ora appeared to confirm their romance in an Instagram post in April 2021, posting a picture of herself being embraced by Waititi in a carousel of photos. They made their red carpet debut in summer of 2021 at the premiere of The Suicide Squad.

At this time, it is not known if Tessa Thompson—who has made out with Rita Ora and Taika Waititi in public—was a part of the intimate ceremony.