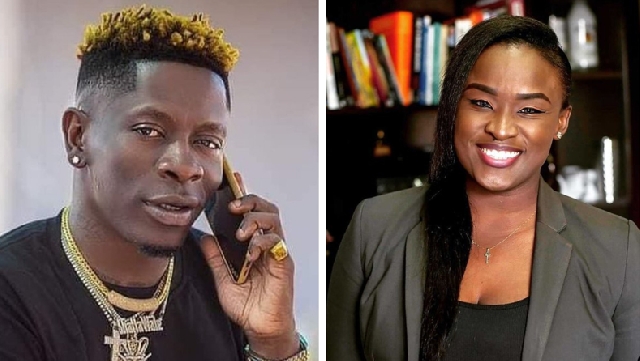 Famed voice actor and media personality Jessica Opare Saforo has responded to Shatta Wale concerning his desire to know and marry the one behind the voice prompts on the telecommunications giant MTN.

"The woman that has been talking on my phone from MTN when I am making a call, how old is she? I want to marry her. She can talk oooo [rolling on floor and laughing emojis]," he tweeted after midnight on Sunday, December 4, 2022.

Before midday, Jessica, a voice ambassador for MTN and the one responsible for some of the popular automated messages on their line responded with "Errrrmmm..."

"See me in chambers," was Ms Saforo's response.