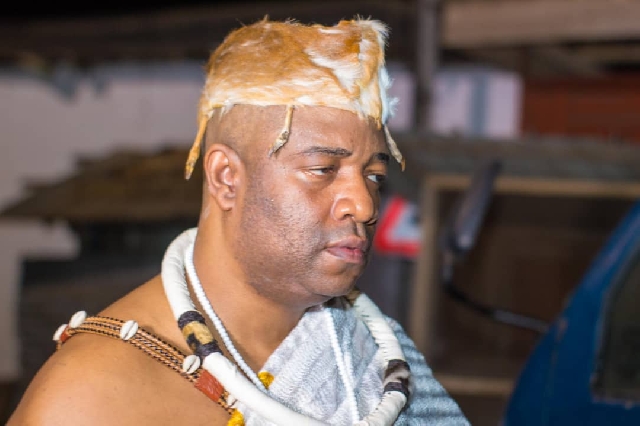 The Priestess of the Ga Manste stool in the Greater Accra Region, Georgina Naa Afiyea Tackie has called on the feuding factions in the battle over who is the legitimate overload of the Ga state to support the leadership of Nii Tackie Teiko Tsuru II to move the Ga state forward.

According to the priestess, the leadership style of King Tackie Teiko Tsuru II has brought some good omen to the people of Gamashie.

The priestess of the Ga Mantse stool made this call in an interview after the celebration of ‘Maamen’ (to wit, good people) last Saturday, August 20, 2022.

She noted the current Ga Manste has some good intentions to move the Ga state forward and foster unity among all Ga-Dangbe people.

She said this year’s Homowo celebration is one of the best in the history of the celebration of festival.

The celebration of ‘Maamen’ was an exercise embarked on by the Ga Manste and his elders to sprinkle Kpokpoi, a traditional corn dough food prepared for the celebration of Homowo, on the tombs of some prominent personalities of the Ga state who have passed on.

The sprinkling of the Kpokpoi took place at the King Tackie Tawiah Royal mausoleum.

Speaking in an interview after the exercise, Madam Georgina Naa Afiyea Tackie also appealed to the president through the Ministry of Tourism, Arts and Culture to help renovate the King Tackie Tawiah Royal mausoleum to serve as means of documenting the succession line of the Ga state.

According to her, the kings from the Ga state were buried in the mausoleum together with their wives among others.

This, she said, has the potential to become a tourist attraction centre and a reference point for Ga history.

"If renovated, it will be opened to the public for the young ones to learn from."

She bemoaned the rate at which the Ga language is being obliterated, adding if Ga people do not unite around King Tackie Teiko Tsuru, the language will soon go into extinction like the Hebrew language among others in the world.