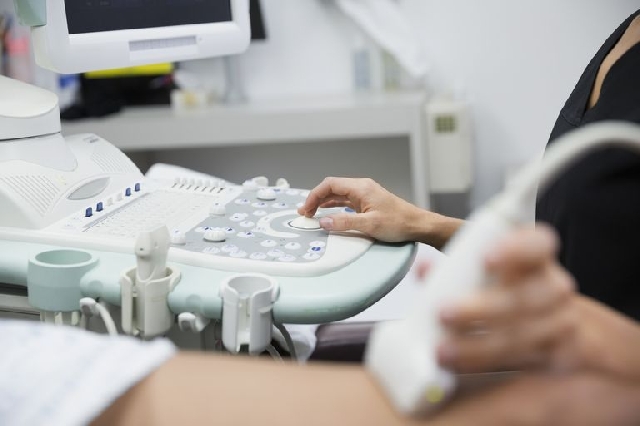 I am a recovering man-hater.

I had a flower power hippie mom who set a strong example of how women can far exceed men’s ambitions. She worked and made more money than my dad did, and still managed the house and out-parented him. I grew up witnessing strong women who did it all, and men who caused trouble.

There was my best friend’s stepfather who raped her. The male gym teacher at school who was caught sleeping with underage girls. My own father was not nearly so controversial, but he was crazy and lazy and seemed to have a better pulse on how far along his homemade beer was than his kids’ schoolwork.

My own encounters with men were far more negative than any I had with women. There was the boy who forcibly kissed me, the one who took my virginity against my will, the one who may have slipped something into my drink to take advantage of me, and the one who was dating my good friend and groped me while I was sleeping. The list goes on.

It didn’t take more than that repertoire to settle on the opinion that men were a lesser species. I joked that the male species was lower on the evolutionary chain, as evidenced by their excessive hair and slightly more grotesque bodily functions. With time, my joke grew into a subtle undertone that I actually started to believe. It’s fair to say I was a "feminazi." I would go around telling women to stop apologizing so much because men don't. I helped women out of bad and abusive situations with men and helped drag others out of the closet and into the light.

"I had virtually no interaction with men."

I came out as a lesbian to my friends and family when I was 16, and I steadily built a beautiful and empowering network of women who I befriended, loved, and made love with.

Aside from infrequent family gatherings and casual interactions in public spaces, I had virtually no interaction with men.

My first two jobs after college were a lesbian TV show and a lesbian magazine. I played in a lesbian softball league. I hung out at lesbian bars. My co-workers were all women, my friends were all women and my lovers were too.

I had so few men in my life that my cat would get scared whenever someone who was male—my landlord, my brother—would on very rare occasion stop by my apartment. The only male friend I allowed in my inner circle had a vagina. He was transgender and had amazing empathy and lesbian sensibilities. Case in point: I was hosting a party at my apartment with about 30 lesbians and the one trans guy and someone said, “Ah man, who the hell put Indigo Girls on?!” The culprit? The one male-identified person in the room.

I was happily living my female-centric life until three words were uttered that would change my life forever.

“I see something,” the ultrasound technician said as she swooshed around in my uterus with her magic wand.

It was several years later and I was arguably less exclusively female. I worked in an environment with men and had to at least pretend not to hate them. I put a ring on it and married my soul mate, a wonderful woman who wasn't into the bar scene, so I quit my nightly lesbian entourage. Still, I didn't like men. I saw the layers of privilege and the power they held over me and others, often enough lacking the actual intelligence and talent and grit to get where they were.

“What do you mean?” my wife asked the technician in the imaging office that fateful fall day.

But I knew. I knew before the gamete started growing in me. I knew we were having a boy.

“A penis. There it is,” the technician said, excited on our behalf assuming we were too.

My wife was over the moon.

“Oh wow,” I said, not exactly sure how to feel.

In truth, I felt kind of icky. I have a penis inside of me, I thought, completely freaked out at the thought of that. I had worked so diligently my entire adult life to have that not been the case, and here I was inviting a male right into my home, into my body eve.

"I was forced to reconcile with the male-hating part of my identity."

Over the next few months, while I was pregnant, I grappled with my misgivings about the soon arriving male. I was without a doubt over the moon about having a baby. The good hormones were flowing, and I felt complete, like becoming a mom was my destiny and the most beautiful expression of my wife and my love for one another. On the other hand, I struggled with the burden of raising a white male. That I would essentially be waiting on a man’s every wants and needs, even if he was my own son. Plus, I may one day walk into my bathroom to see the toilet seat up. I couldn't handle it.

I was forced to reconcile with the male-hating part of my identity that had taken such stronghold in my psyche. I always joked I would have a girl and raise her to become a soccer dyke (knowing full well that I don’t have control over such matters).

I worried intensely and quietly throughout my pregnancy and then, in the blink of an eye, everything changed. The moment my son was born and I saw his tiny, amazing face, I knew I had nothing to worry about. I was in love with this little human who happened to be male. All of my ill will towards men faded into the background as I realized that there was no way I could impose my biases onto this innocent person.

Holding my son, with all his maleness, I don’t see a future misogynist or a boisterous politician. I don’t see a domineering future father or abusive husband. I don’t see a privileged boy who teases people whose skin isn’t as white, whose gender isn’t the same, or whose house isn’t as lovely. I see just a human being whose features resemble mine, who I love with every fiber of my being. I see in my son a blank slate of a human being who has the potential to become an incredible boy and adult male and create a better world for other men and women.

Of course, what kind of man he grows into will depend on how my wife and I parent him, how peers and other influences and mentors infect him, and what the larger culture is pushing as acceptable behaviours and norms. I'm hopeful that the shifting and more malleable parameters around what maleness could or should look like will allow my son and other boys to become men who are not afraid to express their feminine sides.

Over time, a weird thing happened to this habitual man-hater. My love for my son was so abundant, that it spilled over. I found myself smiling at little boys around my son’s age who I saw out on the street. I felt a newfound warmth for boys a bit older than mine, thinking about how I hope he will grow into someone like the boy at the supermarket helping his mom shop, or the boy playing hockey with a team at the sports complex. These boys grow into men, I realized. A novel thought. Not all men are terrible. Some of them are just bigger versions of boys like mine.

I experienced an epiphany of real proportions. In conjuring up the infinite love and patience I have for my son, I’ve been forced to abandon my misandry and adopt a new world view of the male species.

Of course, I still regularly have to check my own biases, curbing those moments when I open to mouth to say "white men" with an accusatory tone when I see one do something stupid or harmful. I try to be careful about stereotyping now, in order not to negatively influence my son or give him a complex before he's even old enough to spell his own name. I have had to very seriously shift my thinking to let my son (and with that, males more generally) into my life.

When my son does traditionally so-called “male things” like aggressively crash his toy trucks into one another, I don’t tsk and worry about what type of angry man he’s going to grow into; I model good behaviour and ask him to invite me to a tea party, where he abandons his trucks temporarily in lieu of pretend tea and crumpets with his mom and stuffed animal guests.

I've discovered that learned behaviour and biases are strong, but the power of true love is stronger. Besides, I'm raising my son to be a feminist.