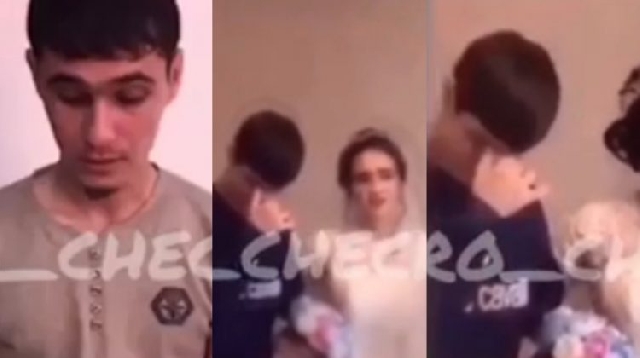 Chechen men are considered some of the most masculine in the world, and this is an image that authorities are keen to maintain, so anything that threatens to damage that hard-earned image of fearlessness is frowned upon. A young man recently learned that first-hand, after crying at his sister’s wedding.

According to historian Zelimkhan Musaev the public display of emotions at Chechen wedding parties is unbecoming, even among women, so when a video of a young man shedding tears at his sister’s wedding went viral on social media, it angered a lot of people. And seeing as the nation’s leader, Ramzan Kadyrov – who boasts of a very manly public image himself – had also criticised the violation of Chechen customs and traditions, the offender was identified and forced to apologise for showing excessive emotion.

The young man who, according to Chechen tradition, should not have even been present at his sister’s wedding, was reportedly forced to record a video apology to Ramzan Kadyrov, which was later shared on Instagram and other social networks. In the video, the ‘offender’ apologises for “violating Chechen etiquette at public events,” by attending the wedding and putting his emotions on display.

“Clips of men crying at weddings and giving their sisters away on their marriage day are absolutely unacceptable for the Chechen community. There is a set of unwritten rules of conduct at a wedding, the observance of which allows us to maintain our mentality and special culture,” the original video caption read.

In the video, the young Chechen explains that he couldn’t control his tears at his sister’s wedding, because he “didn’t want to let her go”.

Although it is believed Kadyrov and other Chechen are trying to win political points by appealing to the tiny country’s traditional values, many condemned the approach and claimed that the man in the video was bullied into issuing the video apology.

Interestingly the presence of member’s of the bride’s family at weddings, or the public display of emotions at such events are not against the law in Chechnya, it just goes against tradition. That’s why many criticised the Government’s approach of cracking down on offenders.