Man had tweezers stuck in his urethra for four years 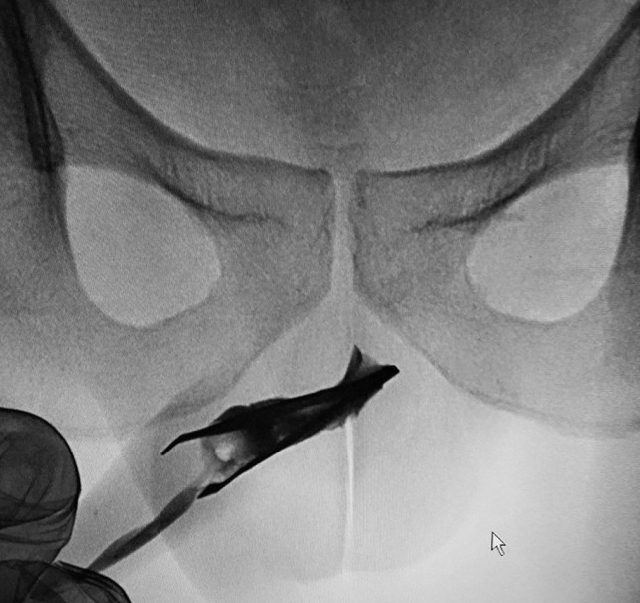 Doctors have taken part in a delicate operation to remove a foreign object from inside a man’s penis. The patient, 22, who has not been named, claimed he did not suffer any pain since he inserted a pair of tweezers into his urethra four years earlier. Doctors applied pressure on either side of the penis to keep the 2.7-inch tweezers closed while squeezing them out from the base of the shaft. If they removed them while they were still open the sharp ends could have damaged the urethra.

The procedure was reported in Urology Case Reports who said the man visited a clinic in Saudi Arabia where he revealed his history of inserting metal items into his urethra.

As well as being linked to sexual gratification, doctors said people do it because they are drunk or have psychiatric issues. They often don’t present themselves to doctors because of embarrassment and only seek help when problems occur. In this case, the patient said he did not suffer any problems with urinating and was found to be in physical good health.

The X-ray revealed where the tweezers, showing the closed end had become embedded in the bulbous urethra at the top.

The tweezers were wiggled out while the patient was under general anaesthetic and used forceps to finish off. The doctors wrote: “At the end of the procedure, no urethral catheter was inserted, the patient voided well and went home post procedure. The patient was recommended to undergo a psychiatric evaluation but he refused. The patient did not follow up with the outpatient department.”