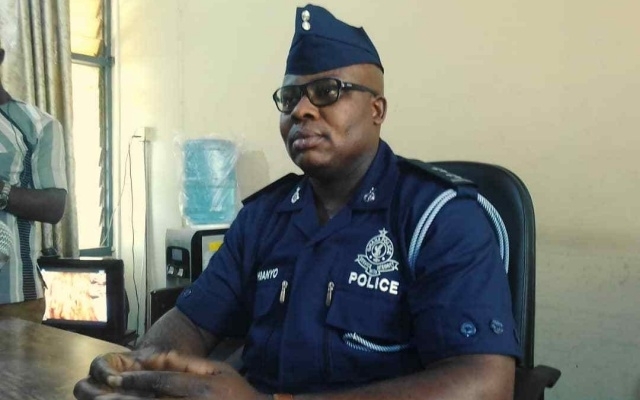 The Ashanti Regional Police Command says it will not shield any policeman found to be culpable in the death of a 33-year-old man at Konkori, a village near Trede in the Atwima Kwawoma District of the Ashanti Region.

There were reports that a police officer who was enforcing the President’s lockdown directive to prevent the spread of the coronavirus in the Ashanti region, beat a civilian to death in Kumasi.

Responding to the story, the Ashanti Regional Police Command, in a statement, said its preliminary investigations have it that the officers involved in the story are from the Regional Visibility Headquarters and were deployed on a normal everyday night police patrol duty and not on “Operation COVID Safety” duty, as was reported in the story.

The Command explained that: “The said officers had spotted the deceased, Tweneboah Koduah, aged 33, at Konkori, a village near Trede in the Atwima Kwawoma District of the Ashanti Region, publicly smoking Indian hemp”.

The statement said upon “seeing the police vehicle approaching, he took to his heels but was chased and subsequently arrested. A search, immediately conducted on him revealed he had on him dried leaves suspected to be Indian hemp concealed in a brown envelope in his pocket”.

“He was arrested and put in the bucket of the Service vehicle to Trede police station. The deceased is alleged to have jumped from the moving vehicle and hit his head on the ground sustaining a cut on his occiput. He was rushed to Gary Marvin Hospital at Trede for treatment, where he was admitted.

“On Tuesday, 7 April 2020 at about 3 pm, he was referred to the Komfo Anokye Teaching Hospital for further treatment but died on the morning of Wednesday, 8 April 2020.”

However, the Command said it has received different reports from the family of the deceased, as well as some eyewitnesses.

The Command has, therefore, tasked the Regional Crime Officer to commence a full-scale investigation into the incident.

The Regional Command said it takes a very serious view of the incident and “will not shield any person found to have been culpable.”

To ascertain the truth of the matter, the Command has urged the family of the deceased and all persons who have any information, pictures or videos on the incident to come to the Regional Crime Officer to assist with investigation.