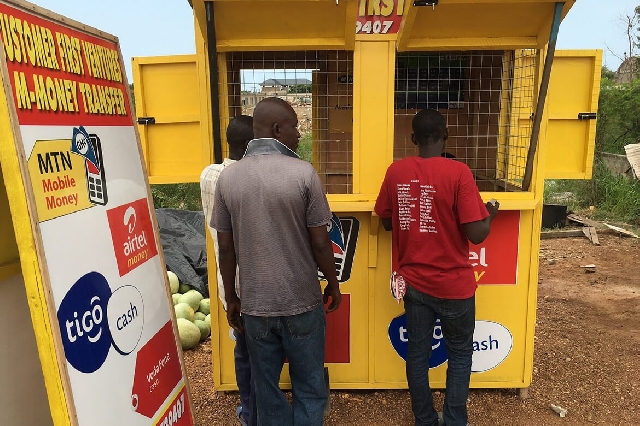 The robbers wounded the MoMo operator and stole from him

They also made away with an amount of GHS5,800.

According to the 30-year-old victim, identified as Collins Agyemang, one of the robbers approached him first and took his bag containing an amount of GHS5,800.00.

He was later joined by his counterpart, who stood outside the container.

The victim said on Sunyani-based Nimdie FM that the robbers removed a knife and a well-sharpened machete and began to slash his left hand while hitting him with a hammer till he fell down.

The robbers bolted, leaving the bleeding vendor for dead.

Mr Agyemang was rushed to Dr Berko Hospital, where he is responding to treatment.

Meanwhile, the case has been reported to the Abesim police station.