UCC ranked world's no.1 for research influence, tops others in Ghana 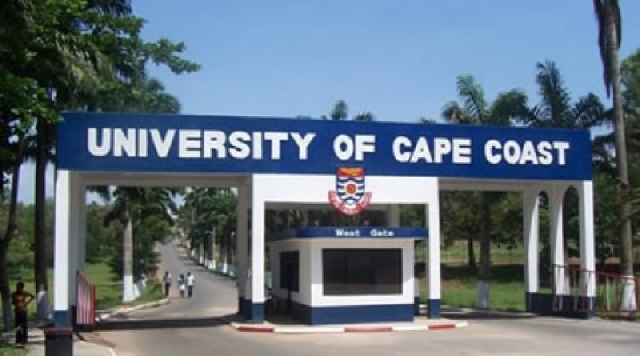 The 2022 Times Higher Education annual rankings has ranked the University of Cape Coast (UCC) in Ghana at the number one in the country and the global best for its research influence.

The Cape Coast-based university has also been ranked as the number one university in West Africa and part of the top five universities in Africa.

The rankings cover more than 1,600 others across 99 countries and territories.

Universities that want to be in the World University Rankings must publish at least 1,000 papers in reputable publications in a five-year period – between 2016 and 2020 for the 2022 rankings.

Universities are also excluded if they only teach in a single subject area, or if they do not teach undergraduates.

The University of Oxford, which led the way in the global search for a Covid-19 vaccine, has been named the world’s number one university for a sixth consecutive year in the Times Higher Education World University Rankings – in a period when the global rush for research into the virus has provided a further boost to mainland China’s rapid rise up the global rankings.

·         UK’s University of Oxford retains first place in the Times Higher Education World University Rankings for the sixth consecutive year as the US and UK take all top ten positions for the second year running.

·         In Asia, mainland China registers its highest ever position in the ranking (16th) and sees a record 10 universities reach the world top 200, while South Korea, Japan, Singapore and Hong Kong all achieve their highest positions under the current methodology.

·         Dramatic improvements for the Middle East, as Saudi Arabia and Egypt emerged as the fastest-rising countries in the world.

·         A record 1,662 universities from 99 countries and regions are part of this year’s rankings as the competition in the global knowledge economy intensifies.

Oxford came top from a record 1,662 universities from 99 countries and regions that made it into the ranking, which is based on 13 balanced performance indicators and includes an analysis of 108 million citations from 14.4 million research publications – designed to recognise universities’ role in spreading new knowledge – as well as a survey of 22,000 academics worldwide.

Harvard University took its highest position in the rankings since the current methodology was introduced in 2016, claiming second place, a position it shares with its much smaller West-coast US counterpart, the California Institute of Technology. The US claimed eight of the world’s top ten places, with the UK’s University of Cambridge in 5th place, joining Oxford as the only other top ten representatives.

Mainland China continued its rapid rise up the rankings, claiming its highest ever position with both Tsinghua and Peking universities in Beijing sharing joint 16th place – giving the mainland two top-20 positions for the first time. Mainland China claimed a record 10 of the world’s top 200 universities, up from seven last year, and just two back in 2016. Hong Kong also improved its showing at the top of the table, as four of its universities appeared in the top 100 for the first time, and registering its highest ever position in the ranking with the University of Hong Kong taking 30th place.

Success for mainland China and Hong Kong contributed towards a very strong year for East Asia in the higher echelons of the ranking, with the National University of Singapore moving up from 25th to 21st, Japan’s University of Tokyo edging up one place to =35th and South Korea’s Seoul National University moving up six places to 54th. All these results represent national bests for the countries in the table.

Louise Richardson, vice-chancellor of Oxford University, told Times Higher Education: “My colleagues and I are absolutely delighted to have achieved the top ranking again. There are many great universities around the world and we are proud to be in their company.

“This past year has demonstrated to our publics, our governments, and even to ourselves just how much universities can contribute to society. The vaccine Oxford developed is being distributed in over 170 countries and over a billion doses have been manufactured. Together our universities have made the strongest possible case for renewed public investment in research universities.”

This is the first year that research into Covid-19 had an impact on the rankings data, reflecting the vital role of universities in understanding and managing the crisis and providing China with a significant boost, as several of its universities including Wuhan University (157th) and Capital Medical University (501-600 band) saw moves up the table as a result of highly-cited research into the virus.

Saudi Arabia joined Egypt as home to the fastest-rising universities in the world – improving more quickly over the last four years than mainland China, albeit from a lower base. The success for these nations was largely driven by major improvements in scores for research impact–based on citation analysis.

Other rapidly-developing countries included Malaysia, which boasts the fastest-rising higher education in terms of international outlook (attracting academic and student talent, and publishing internationally collaborative research) and Pakistan, which saw a significant boost to its scores for university-industry collaboration.