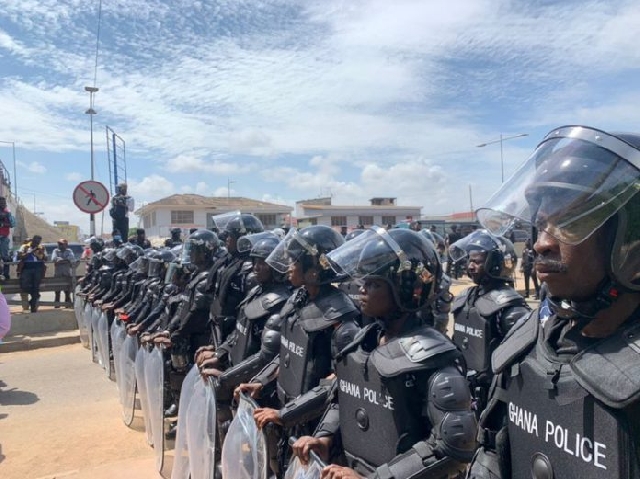 Civil society group, Justice for Ghana, has put its intended picketing over the 2023 budget and the censure motion against Finance Minister Ken Ofori-Atta on hold.

This follows an application for an order of injunction filed by the Police, to restrain the group from going ahead with its planned picketing.

The group is dissatisfied with the budget read by Mr Ofori-Atta and had planned to picket at Parliament and the site for the construction of the National Cathedral Project.

In a statement issued on Monday, 5 December 2022, the group said its attention “has been drawn to an application for an order of the High Court” to restrain it from embarking on its scheduled picketing.

The group noted that: “This is the second time in about a week that the Ghana Police Service is seeking to use the lawful processes of the Court to prevent” it from exercising its constitutional right to picket.

It expressed disappointment “in the bad faith exhibited by the Police in this matter and the attempt to curtail” the group’s democratic right to picket.

The intended picketing will, therefore, not take place until the hearing of the injunction application on Thursday, 8th December 2022.

The group had held a meeting with the Accra Regional Police Command to discuss its planned picketing.

The meeting took place on Thursday, 1 December 2022, at the Accra Regional Police Headquarters at the invitation of the police.