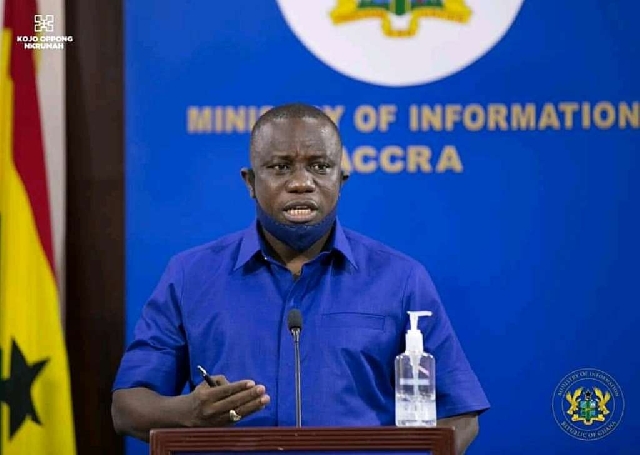 The Operation Halt 2 team has destroyed some 28 excavators and 267 chanfans seized from illegal small-scale miners in the River Pra in the Eastern Region.

Meanwhile, a Kia Bongo truck, and 2 pump action guns were seized in the operation started over the weekend.

According to the Defence Minister, Dominic Nitiwul, the Ghana Armed Forces, which is leading the operation, has destroyed a total of 476 chanfans in the past week..

Briefing the media about the operation on Tuesday, 11 May 2021, Mr Nitiwul said the exercise “should be sustained” to prevent a return of the galamseyers.

According to him, the activities of the galamseyers is not only destroying the river bodies but their tributaries, too.

Mr Nitiwul also urged the government to “relook” at the legal framework that allows action to be taken against only those operating within 100 metres of river bodies and forest reserves.

That particular law, he noted, has restricted the team from taking action against galamseyers operating slightly outside the 100-m limit.

As a result, Mr Nitiwul said the team is not able to “capture every prisoner” not because they are incapable of doing so but the law is being a hurdle since they are operating “strictly” within the legal framework.