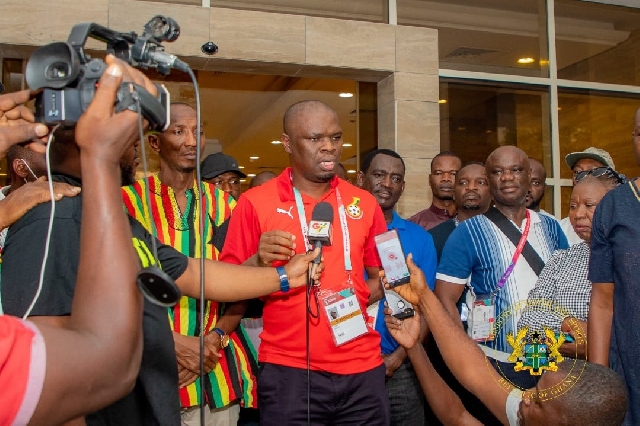 Some Ghanaian football fans have been arrested in Qatar for selling World Cup match tickets.

This was disclosed by Ghana's Minister of Youth and Sports, Mr Mustapha Ussif, on Tuesday, 29 November 2022, when, in the company of the Ambassador of Ghana to Qatar, Mr Mohamed Noureddine Ismail, and some security operatives, visited the Ghanaian contingent who have made their way to Qatar to support the Black Stars in the ongoing World Cup.

In his address to the supporters at the Al madaen apartment in Doha, the minister used the opportunity to express his sincere gratitude to the delegation for the unflinching support they had exhibited so far in Qatar.

Mr Ussif noted that the economy of Ghana was reeling under distress and that is why he took the decision to appeal to individuals and organisations to provide support by way of donations and sponsorships to help cater for some expenses for the Ghanaian delegation.

He further appealed to the supporters not to go out and sell the tickets they have toiled to secure for them adding that a few Ghanaians have been arrested and processed for court for selling tickets they were given to enable them to access the stadium.

For his part, the Ambassador of Ghana to Qatar also commended the Ghanaian delegation for showing discipline so far and encouraged them to continue showing the rich culture of Ghana.

Mr George Mensah, a security expert with the Ghana police service also thanked the supporters and asked them to continue with the way they have comported themselves so far.

He added that they were there to provide security to the delegation at all times.