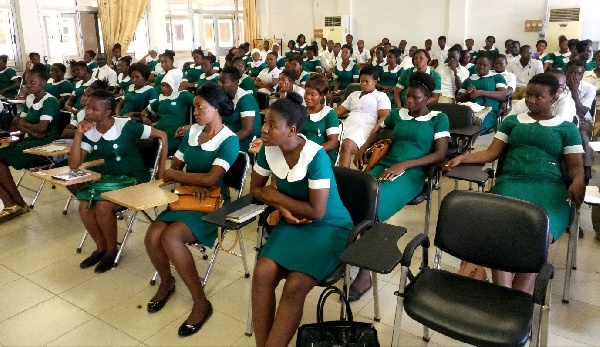 The GRNMA has, however, rejected government’s proposal

During the presentation of the 2023 budget by Mr Ofori-Atta, government disclosed its intention to begin a debt restructuring for domestic bondholders in terms of interest payments.

This is expected to affect Tier 2 contributions.

The GRNMA has, however, rejected government’s proposal.

In a statement issued on Monday, 5 December 2022, the nurses and midwives said “Pension Funds are a collection of contributions of individuals. By design, they are meant to protect the vulnerable during retirement.  Any treatment of individuals as stated by the Minister of Finance must be indeed extended to all individuals as with pension funds including our GRNMA Fund, a provident fund for over 101,000 contributors who are nurses and midwives within the nursing and midwifery fraternity.”

The GRNAMA noted that: “Pensions should not be made to suffer the consequences of Government’s fiscal indiscipline when they have paid their fair share of taxes, worked to build the economy whiles taking very low salary,” among other reasons.”

It added: “As a matter of urgency, government must withdraw the inclusion of Pension funds from its debt exchange programme and allow the funds as invested to until their maturity.”

Read full statement from GRNMA below. 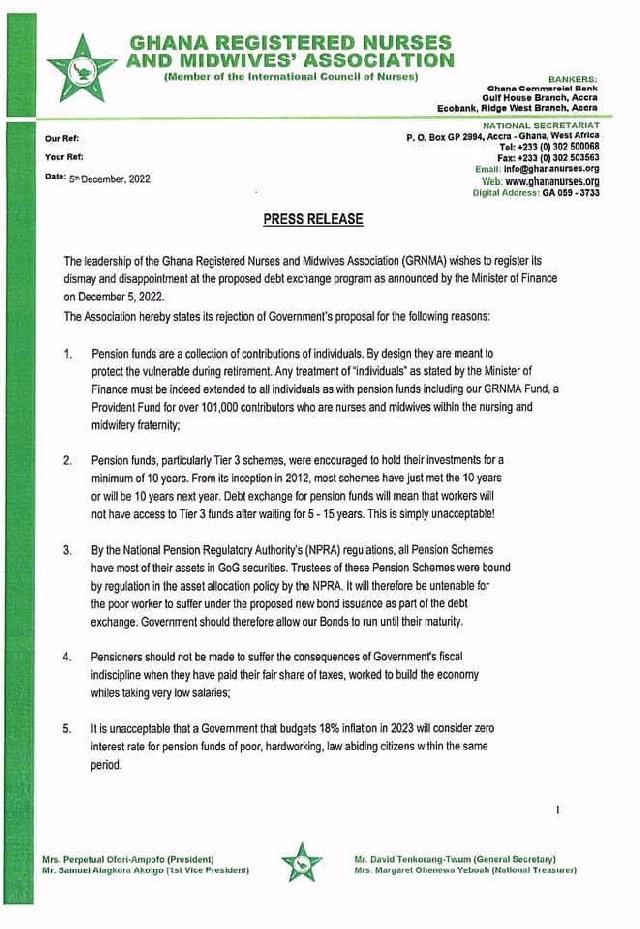 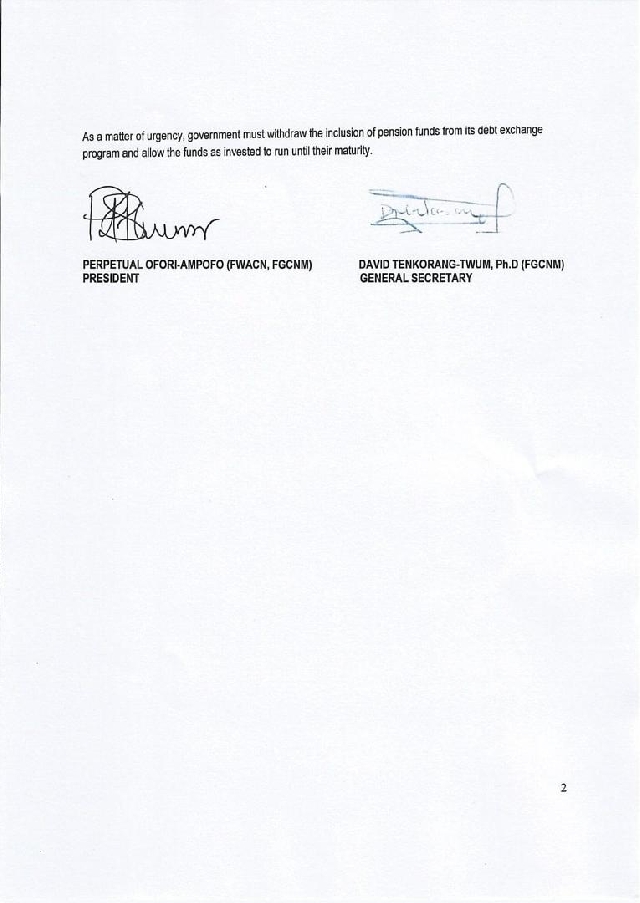