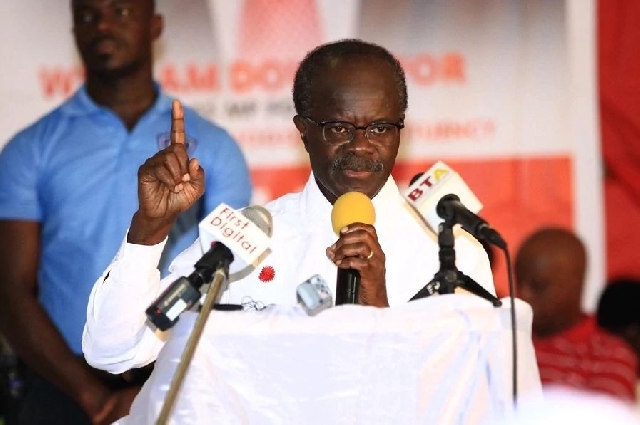 The founder of the Progressive People's Party (PPP), Dr Papa Kwesi Nduom, has said he will not run for president in this year’s general elections, the Daily Graphic has reported.

A couple of weeks ago, the PPP announced to all members and the general public that the party is ready for eligible persons to demonstrate interest in becoming the presidential candidate for the 2020 general election, adding that it did not expect Dr Nduom to put in a bid.

All interested contenders are encouraged to express their interest publicly and on the party’s various platforms.

The party said an expedited, virtual selection process has been adopted for this exercise.

“We urge all card-bearing members in good standing, to take advantage of this opportunity to test the waters, determine their competitive standing and check the general public’s reactions to their potential candidature”, a statement signed by Papa Kow Ackon, National Secretary said.

“We also wish to state that we do not expect Dr Papa Kwesi Nduom to become the party’s presidential candidate for the 2020 elections. Therefore, the field is wide open for all interested contenders to demonstrate the formidability of the party, in restoring Ghana’s hope and glory”.

The PPP said it “has earned the most votes at the presidential and parliamentary levels only behind the duopoly, since 2012, when the party was formed”.

“We are determined to improve upon this past performance, as we batten down, ready to form the next government and be represented in parliament.”